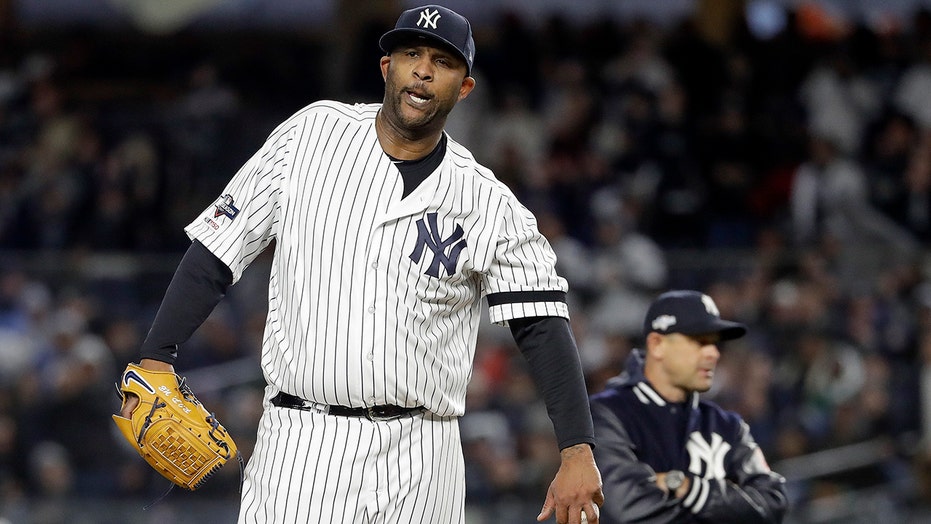 Former New York Yankees manager Joe Girardi delivered an emotional tribute to pitcher CC Sabathia after the lefty was removed from an American League Championship Series game due to an injury Thursday.

Girardi got emotional during the MLB Network broadcast after the Yankees lost to the Houston Astros, 8-3, in Game 4 of the series. Sabathia was removed from the game in the eighth inning due to shoulder pain. The Yankees faithful gave him a standing ovation as he left the mound.

“That was not the way I wanted to see it end for him,” said Girardi, who is an analyst for the network. “CC, you’re a Hall of Fame pitcher that was as tough as any man I was ever around. What you went through on a daily basis to just be able to get on the mound.”

Girardi was the manager of the Yankees when Sabathia helped lead the team to a World Series title in 2009.

“You were a great husband. You were a great father,” he said. You probably were the greatest teammate I have ever been around because of your ability to pull all 25 and sometimes all 50 people together in a clubhouse.

YANKEES DON’T LOOK GOOD IN LOSS TO ASTROS IN GAME 4, SEASON ON BRINK

“You were the guy that I always wanted on the mound, when we needed a win. And it was a privilege for me to manage you for nine years. I love you, man.”

Yankees manager Aaron Boone said the outlook for Sabathia wasn’t good and with New York facing elimination Friday, the odds are slim for him to have another opportunity to pitch in the postseason.

Sabathia announced 2019 would be his final season and a trip to Cooperstown could be in the cards for him in the future.