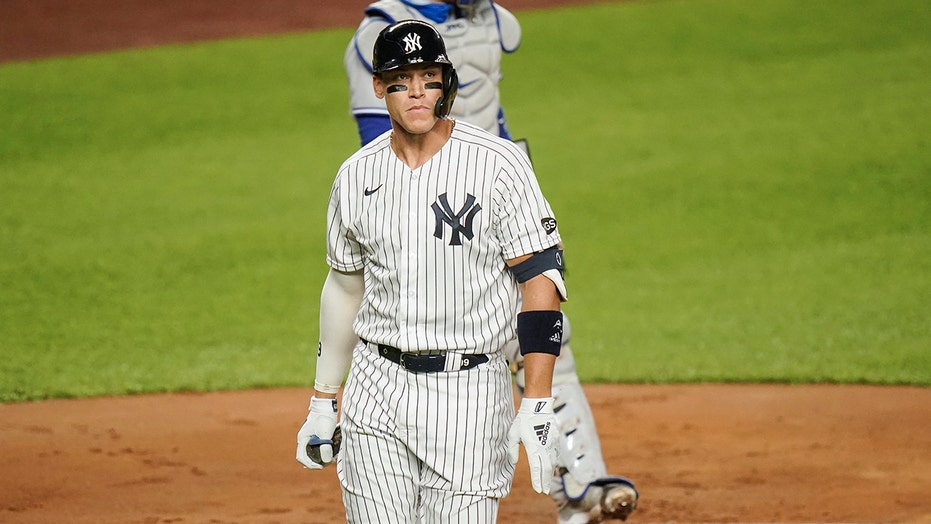 Right fielder Aaron Judge is packing, too, though he's not a fan of Major League Baseball's postseason arrangements.

“Not a fan of the bubble. I’m not a fan of the whole setup. Like I said before, it doesn’t really reward a team for going out and winning,” Judge said. “There’s really no home-field advantage anymore.”

Boone’s club embarked on a seven-game trip following its series finale against Toronto, When the team returns to the Bronx for a weekend series against Miami that finishes the regular season from Sept. 25-27, many of New York’s players and staff will check into a hotel to prepare for Major League Baseball’s postseason bubble.

American League clubs still in contention for a playoff spot on Sept. 22 are required to stay in a designated hotel while at home as part of increased protocols to combat the novel coronavirus.

“It was bye to wife and mother-in-law and kids, you know, hopefully for a little while,” Boone said.

New York's last regular-season included three games at Boston and four against the Blue Jays at their temporary home in Buffalo. The Yankees hoped to move into position to host a first-round playoff series.

“We’ll check into a hotel here in New York and essentially continue a bubble of sorts,” Boone said. “We’ll get back from Buffalo and go right to the hotel.”

The Yankees could be living out of suitcases for almost six weeks.

“My family is very supportive and with school back in and things going on, their world’s very busy right now, too,” Boone said. “So try to make the most of FaceTime and hopefully come home with a prize.”

As part of the postseason bubble, the Division Series, League Championship Series and World Series will be at neutral sites. The World Series, at new Globe Life Field in Arlington, would have its Game 7 on Oct. 28.

“I packed with five, six weeks in mind so hopefully they’ll be able to do laundry and dry cleaning for us”, Boone said. “But I made sure there’s plenty of underwear in there.”

Batting .275 with nine home runs and 20 RBIs in 19 games this season, Judge returned to action Wednesday for the first time since Aug. 26. A strained right calf had limited him to one game since Aug. 11.

“Whoever’s in first place can win as many games as they want and they’re only going to get, in the whole playoffs, the three games, the first three games of that little series at home and that’s it,” the two-time All-Star said. “Not a fan of that and then to kind of be put into a bubble before the playoffs and during the whole thing, it just, I thought we’d kind of already been doing that this whole season and then now we’re all kind of getting taken away from our families to go do this and I’m just not a fan of it, so we’ll see how it plays out.”

Forty-five regular season games were postponed due to COVID-19 concerns, and baseball officials want to avoid additional interruptions during the postseason, when there is little time for rescheduling.

“It’s not going to change how we approach it, you know, what we want to do and what we want to accomplish at the end of the year,” Judge said. “But I could talk for a while on it but we’ll just leave it. Not a fan.”