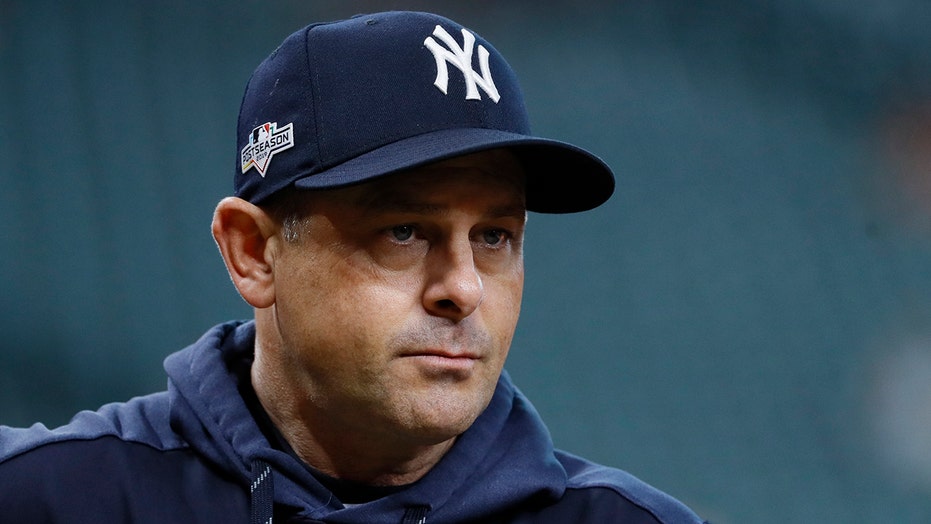 Aaron Boone is taking an absence from the New York Yankees to get a pacemaker after experiencing some issues breathing over the last two months.

Boone is in the middle of trying to get the team prepped and ready for the 2021 season.

The medical team is "confident that today’s surgery will allow me to resume all of my usual professional and personal activities and afford me a positive long-term health prognosis without having to change anything about my way of life. I look forward to getting back to work in the next several days," Boone said in a statement Wednesday.

The procedure will take place at a Tampa, Fla., hospital as the Yankees are in the Sunshine State for spring training.

METS TO HONOR SEAVER WITH 41 PATCH ON JERSEYS THIS SEASON

"As many of you know, I underwent open-heart surgery in 2009, and I wanted everyone to understand where I’m at regarding the procedure that’s taking place today," the 47-year-old said. "Over the last six to eight weeks I’ve had mild symptoms of lightheadedness, low energy and shortness of breath. As a result, I underwent a series of tests and examinations in New York prior to the beginning of spring training, including multiple visits with a team of heart specialists. While the heart checkup came back normal, there were indications of a low heart rate which, after further consultations with doctors in Tampa, necessitates a pacemaker."

He said that his spirits were high.

Boone's 2009 open-heart surgery replaced a bicuspid aortic valve, an issue he’s had since he was a childhood. Boone would briefly play that season but retire and later work for ESPN.