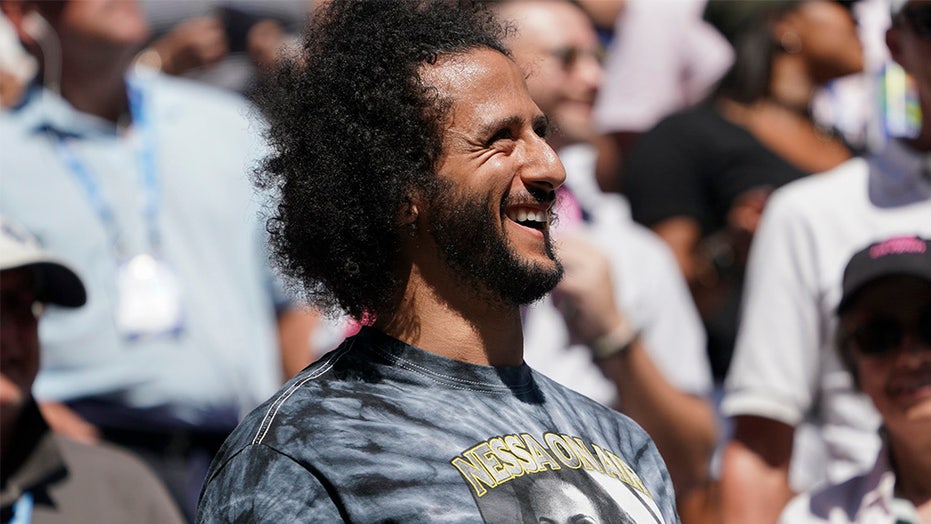 Representatives for former San Francisco 49ers quarterback Colin Kaepernick called an audible less than an hour before he was scheduled to work out for 25 NFL teams Saturday, moving the session to a high school football field in Riverdale, Ga. from the Atlanta Falcons training facility in Flowery Branch, 60 miles away.

The Associated Press reported that six team representatives made it to the new location, including Philadelphia Eagles vice president of football operations Andrew Berry. It appeared the Jets, Redskins and Chiefs also had someone in attendance.

The relocated workout was pushed back an hour to 4 p.m. ET, possibly to give NFL scouts time to make it to the new location. However, the AP reported that a number of scouts had already gone inside the Falcons' facility when word came of the change, while dozens of media had been set up in fenced-off parking nearby.

Former NFL head coaches Hue Jackson and Joe Philbin had been set to run the drills.

In a statement tweeted by Schefter, Kaepernick reps Ben Meiselas and Jeff Nalley said the change in location to facilitate "a transparent and open process."

In a statement Saturday evening, the NFL said it was "disappointed that Colin did not appear for his workout," and added that the league was informed at the same time the general public was.

"Today's session was designed to give Colin what he has consistently said he wants – an opportunity to show his football readiness and desire to return to the NFL," the league said. "Twenty-five (25) clubs were present for the workout, and all 32 clubs, their head coaches, general managers, and other personnel executives would have received video footage of the interview and workout, shot by the Atlanta Falcons video crew."

The league went on to claim that it had sent Kaepernick's reps "a standard liability waiver based on the waiver used by National Invitational Camp at all NFL Combines and by NFL clubs when trying out free agent players" on Wednesday, only for the quarterback's team to send "a completely rewritten and insufficient waiver" at noon Saturday.

The league also said that it only found out Friday night that Kaepernick wanted to bring his own video crew to record the workout. At the same time, the league said that it had agreed to a request from "Nike, with Colin's approval ... to shoot an ad featuring Colin and mentioning all the NFL teams present at the workout".

"We agreed to have Colin's representatives on the field while the workout was being conducted and to allow them to see how it was being recorded. We did so even though we have been clear from the beginning that this is [a] private workout," the league continued. "As is typical with NFL Combines, one video crew was prepared to shoot and distribute video of the interview and workout. We confirmed with Colin's representatives that they would receive both the video that would be sent to all 32 clubs as well as the raw footage from the entire event, which is unprecedented."

It was not known how many teams would be attending the workout in the new location.

Kaepernick, 32, has not played since 2016 when he suited up for the San Francisco 49ers. He helped start a wave of protests regarding social and racial injustice that season by kneeling during the national anthem at games.

The NFL in February settled a collusion grievance Kaepernick and former teammate Eric Reid filed against the league. Reid, who now plays for the Carolina Panthers, and attended Kaepernick's workout at the high school.

"Colin's decision has no effect on his status in the League," the NFL's statement concluded. "He remains an unrestricted free agent eligible to sign with any club."