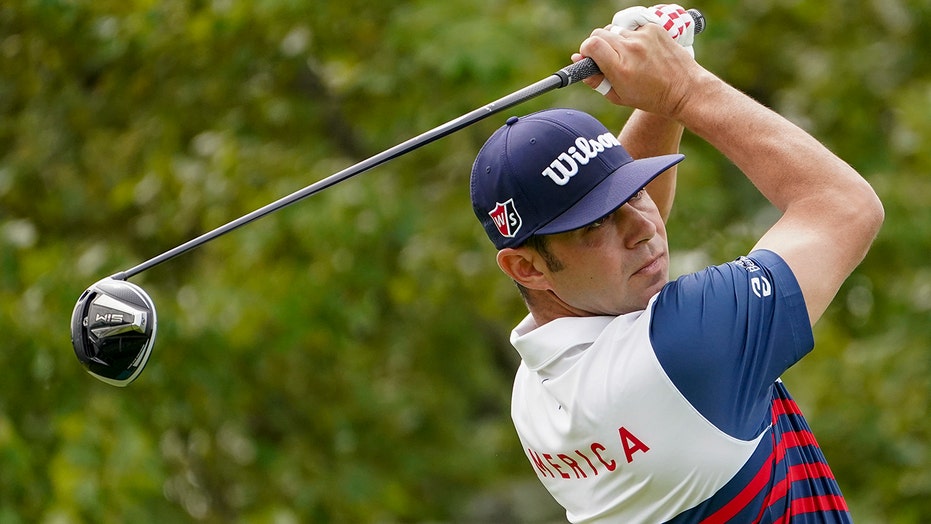 Gary Woodland waited 15 months to return to the U.S. Open as defending champion and it turned into a miserable week before he even arrived.

Woodland shot another 74 on Friday and appeared certain to miss the cut. What bothered him more than his score was a tear in his left labrum that he has been coping with the last six weeks.

“I’ve got a lot of pain in there, and I’ve been fighting through it,” Woodland said. “But it gets to a point where you’re playing against the best players in the world. You just can’t played with pain. I’ve played with pain my whole life, but it’s getting a little tough.”

Woodland says he has dealt with labrum issues in his left hip for a long time and has treated it with injections. But it flared up again, and he suspects the COVID-19 pandemic that shut down golf for three months played a role. When golf returned, he played seven out of nine weeks. That’s a lot of golf for him.

“They didn’t want me to play Chicago. They told me to take that off,” Woodland said.

Instead, he played the BMW Championship, hopeful of moving up nine spots in the FedEx Cup reach the Tour Championship. “I thought I could play my way into East Lake, but didn’t get that done," he said. He failed to advance, and two weeks off were not enough.

Thursday was the first time he played 18 holes since the final round at Olympia Fields three weeks ago.

“My coaches didn’t want me to play today,” Woodland said. “But this meant a lot to me. My game was in a good spot. It would have been different if I wasn’t playing well. But physically, I could do it. And it’s frustrating.”

Woodland said he could see a specialist on Monday and assess from there.

“I’ve got to get healthy,” he said. “Maybe I’ll call Brooks (Koepka). He’s dealing with the same (stuff). Maybe we can fix it together.”

Phil Mickelson walked down the first fairway of the East course at Winged Foot, the path to the parking lot.

Mickelson never considered his return to Winged Foot to be about redemption, which was a good thing. He won't be around for the weekend to even contemplate another crack at the only major he h as never won.

Lefty opened with a 79, his highest opening round in the 29 times he has played the U.S. Open. He three-putted from 8 feet for bogey on his final hole, the par-5 ninth, for a 74.

Mickelson said the struggle is playing well at home, but on a U.S. Open course that punishes the slightest miss, he has been getting tight with his swing and “playing some of my worst golf.”

“And that’s something I’ve got to work on and fix,” he said. “When I go back home, I don’t have the stress and I seem to play just fine, but I’ve got to be able to bring it out here under these conditions.”

Mickelson holds the U.S. Open record with six runner-up finishes. The most notorious was at Winged Foot in 2006 when he had a one-shot lead on the final hole and made double bogey to finish one shot behind.

Next year the U.S. Open goes to Torrey Pines in Mickelson's hometown of San Diego. Mickelson might have to qualify, as he said earlier this year that he would not seek an exemption — which he surely has earned — if he's not eligible.

Xander Schauffele was right in the mix until he finished with back-to-back bogeys for a 72. No one is ever happy with that kind of finish, but a course like Winged Foot and a major like the U.S. Open brings perspective.

Schauffele wasn't alone in poor finishes. Louis Oosthuizen lost four shots over the last three holes, ending with a double bogey on the 18th. He shot 74 and was still very much in contention going into the weekend. So was Thomas Pieters, who finished bogey-bogey for a 74.

But while the talk Friday was how the U.S. Open felt like one, Schauffele didn't like the suggestion that Thursday — when 21 players were under par — was easy.

“I felt like I played my (tail) off yesterday and I barely shot under par,” he said of his 68 “And today really felt like a U.S. Open, I can tell you that.”

READY FOR A BREAK

Tiger Woods missed the cut in another major and was ready for a break.

“Probably I'm not going to be swinging a club for a little bit,” he said. “Well, until Tuesday.”

Woods remembered he has one more event next week. He is set to open his Payne's Valley golf course at Big Cedar Lodge in Missouri in a Ryder Cup-styled match with Woods and Justin Thomas facing Rory McIlroy and Justin Rose.

“And then after that, take a little break, and then refocus and get back after it," Woods said. “There's still one more major to go, and my title defense at Sherwood. We have a couple big, big things ahead of us.”

That was the first indication from Woods he would play the Zozo Championship on Oct. 22-25 at Sherwood in Thousand Oaks, California, the tournament he won last year in Japan. It was moved because of the coronavirus.