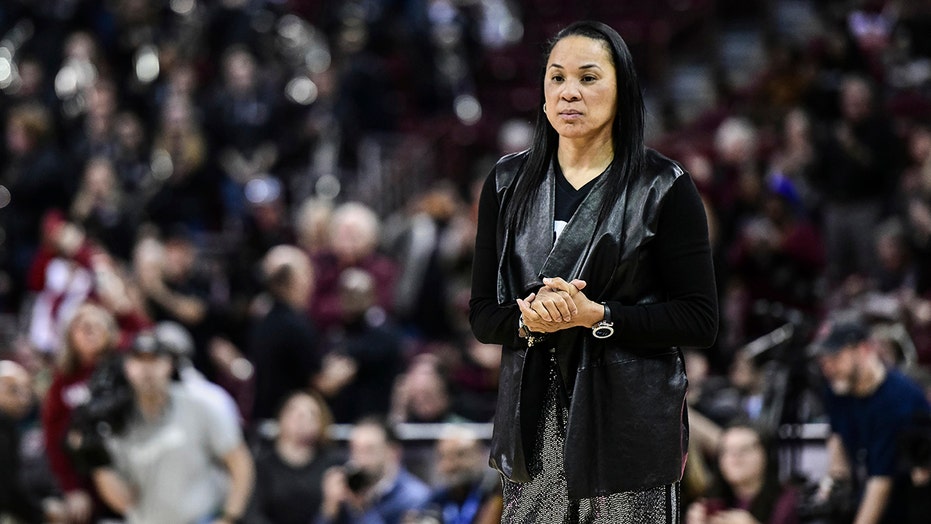 South Carolina coach Dawn Staley knows that Monday was supposed to be the night that women's basketball got put in the national spotlight with the NCAA Tournament bracket reveal.

She was set to watch the selection show with her team and thousands of Gamecocks fans at Colonial Life Arena. But with the NCAA Tournament canceled because of the new coronavirus, she said she'd most likely be sitting at home with her dog, Champ. She also spent some time on Instagram Live with the team's fans.

“We had a FAMdemonium planned, watch it on the Jumbotron," she said in a phone interview Monday. “We've done it the past couple of years. Our freshmen and transfer won’t get a chance to experience that. To see your name pop on the screen whether you're the No. 1 overall seed or just getting in. We’ve had the experience of the latter — not being a No. 1 overall seed. Any time your name is planted on screen you really feel good about it.”

Staley's team was expected to be the No. 1 overall selection in the bracket.

Teams and coaches across the country, instead of celebrating a spot in the NCAAs or commiserating about not making it, were left to think about what might have been.

IUPUI coach Austin Parkinson planned to celebrate the school's first selection for the women’s NCAA Tournament. His team won the Horizon League last week to earn an automatic berth and he was all set to have his players over to his house to see where they would be placed in the bracket.

“While we didn't get a chance to do it, we were fortunate enough to have a final meeting on Friday,” Parkinson said. “We brought food in and everyone shared what they were thinking when the final buzzer went off after we won the tournament. Who they heard from after the game. How they celebrated that night. It was a nice little celebration, a little closure for this group. It was a really big deal and neat to share those stories before everyone took off.”

Michigan coach Kim Barnes Arico always used to fret on Selection Monday about whether her team would make the tournament and where it landed if it did. She had a good feeling that the Wolverines would have had a decent seeding this year.

She spent Sunday night with her family making cookies and watching “Frozen 2.” She figured Monday night would be more of the same.

“My kids have provided a distraction,” she said. “You try to keep busy because if you don't, you just think about what could have been. You have to give yourself the proper time to adjust to it.”

Both Parkinson and Barnes Arico felt lucky that they were able to have closure with their teams. At Michigan’s final practice on Thursday, Barnes Arico had each member of the team including practice players, managers and staff say what they were thankful for.

Many teams, like South Carolina, didn't get that chance. Staley told her team via text message that the NCAA Tournament had been canceled and with her players spread throughout the country, they commiserated via text.

The Oregon Ducks were on break when the news came down.

Senior guard Sabrina Ionescu had returned to Oregon instead of entering the WNBA draft last year. The Ducks won the Pac-12 regular-season and conference tournaments and were one of the favorites to reach New Orleans for the Final Four.

Coach Kelly Graves got to talk to about seven players who were still on campus when the tournament was called off.

“They are all processing it in their own way,” he said. “They were all disappointed. Their attitudes were pretty good. A couple were a little more emotional.”

Graves spent Monday driving to a burger place in Portland that opened a month ago.

“It was good to get out of the house a little bit after spending all weekend inside,” he said while driving back home.

All the coaches felt especially bad for their seniors and the ones across the country who wouldn't get a chance to play in the NCAAs.

“It's unfortunate for them that they had this taken away by the virus,” Graves said. “But there's a lot bigger things going on that put it in perspective.”