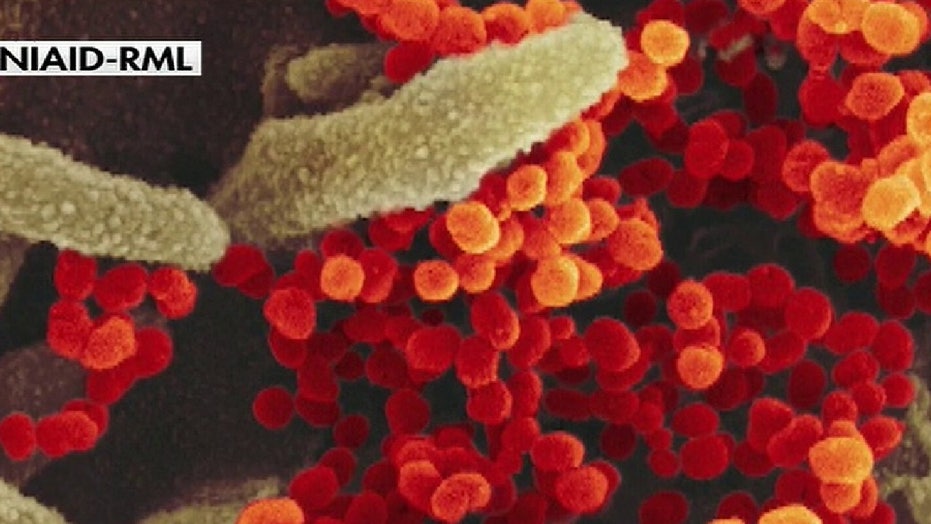 How close are researchers to finding a cure for COVID-19?

Director of clinical research Dr. Lindsey Baden weighs in on the coronavirus outbreak.

A WNBA player revealed Monday she was battling what is now known as the coronavirus while she was in China playing basketball in December.

Theresa Plaisance, who plays for the Connecticut Sun, told WTNH-TV she started to show symptoms of the coronavirus late last year while playing overseas. She said she was diagnosed with pneumonia and an “unknown virus” and had to recover at a Chinese hospital.

Theresa Plaisance was battling an "unknown virus" while playing in China. (Photo by Brian Babineau/NBAE via Getty Images)

“I was just extremely weak, and my fever was really high and everything that went with that — body ache, chills, headache,” Plaisance told the station. "When I was getting wheel-chaired into the hospital, I almost started crying because I was just that miserable and that much in pain. I was so sick I didn’t even care what they were giving me; I was like whatever you got, give it to me."

She added: “The Chinese hospitals are a lot different than hospitals we have here; they’re not very clean. They wheel-chaired me into a room and a woman got out of the bed and they said, ‘you lay here’ and I said, ‘you’re not gonna change the sheets?’ And they were like, ‘no,’ and I’m like, ‘I’m not lying down. I don’t care how sick I feel; I’m not lying in this bed. Finally, they got me a room that no one uses, and they put me in that room."

Plaisance said she had a fever for about three days and after the fever broke she was back to playing basketball.

According to Asia-Basket, Plaisance was playing for the Shaanxi Red Wolves of the Women’s Chinese Basketball Association during the WNBA's off-season. The team is based in Weinan, China, located about 480 miles north of Wuhan where the coronavirus outbreak was first detected last year.

The basketball league has since suspended play.

Plaisance has said she’s feeling better. According to the Connecticut Post, Plaisance is quarantined at her New Orleans home.