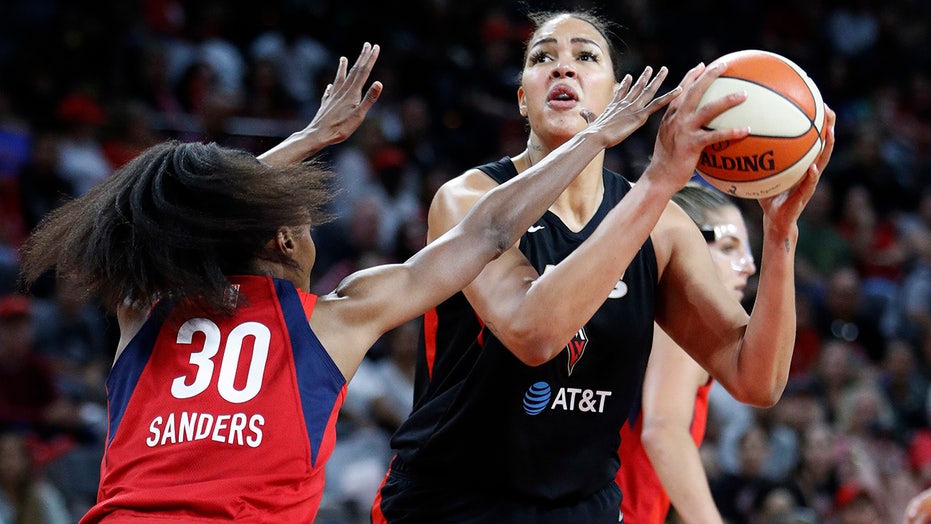 WNBA star Liz Cambage is expected to miss the league’s coronavirus pandemic-shortened season because she’s at “high risk” of severe complications if she gets the virus, her agent said Saturday.

Cambage, a three-time All-Star who was set to enter her second season with the Las Vegas Aces, averaged 15.9 points and 8.2 rebounds.

MISSOURI MAN FREED FROM PRISON WITH HELP FROM WNBA'S MOORE

“In the evaluation of Liz Cambage's health and pre-existing risk factors with her team doctor, we believe her to be at high risk for severe illness if she contracts COVID-19 in participating this WNBA season,” Allison Galer, Cambage’s agent, told the Associated Press. “We are awaiting the league's determination based on an independent physician panel.”

Galer didn’t elaborate on which particular pre-existing conditions her client has, citing privacy.

An independent panel of doctors will determine whether Cambage and any other player who decides to opt-out citing health reasons will receive a full salary.

The WNBA is expected to start its season at the IMG Academy in Bradenton, Fla. Teams are expected to head to Florida on Monday to start quarantine before training camps open.

A handful of WNBA players have already opted out of the season with some choosing to continue their social justice fight instead of playing basketball.