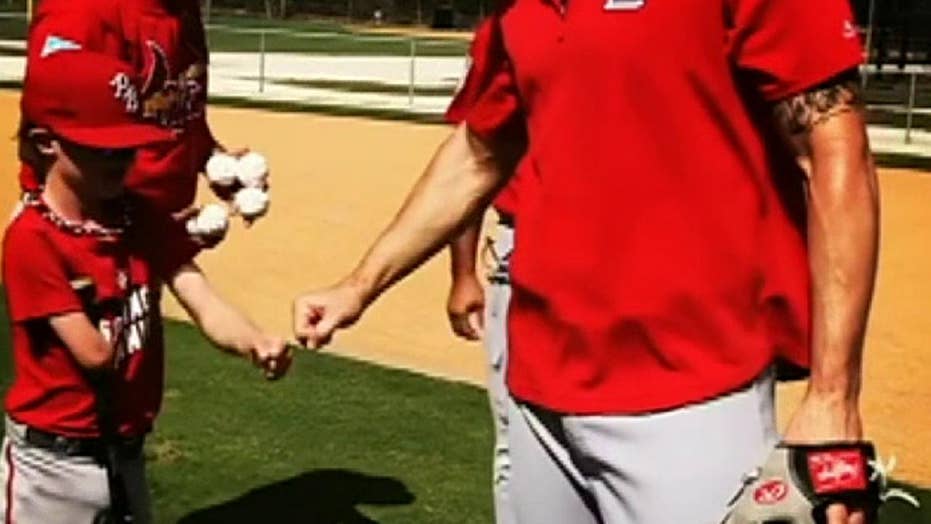 Inspiring those who saw him, 8-year-old Tommy Morrissey hit a home run when he visited the St. Louis Cardinals at their spring training site in Jupiter, Florida, Fox 13 Memphis reported.

What made the four-bagger extra-impressive: the Florida boy accomplished his mean batting feat though he was born missing most of his right arm.

He had hitting tips from the pros, which he was able to use a week later to knock a solid inside-the-park home run during a Little League game.

He’s also a golf prodigy — and already has a connection with Tiger Woods, Rickie Fowler and Jordan Spieth.

Which makes him a threat in not just one sport, but two.