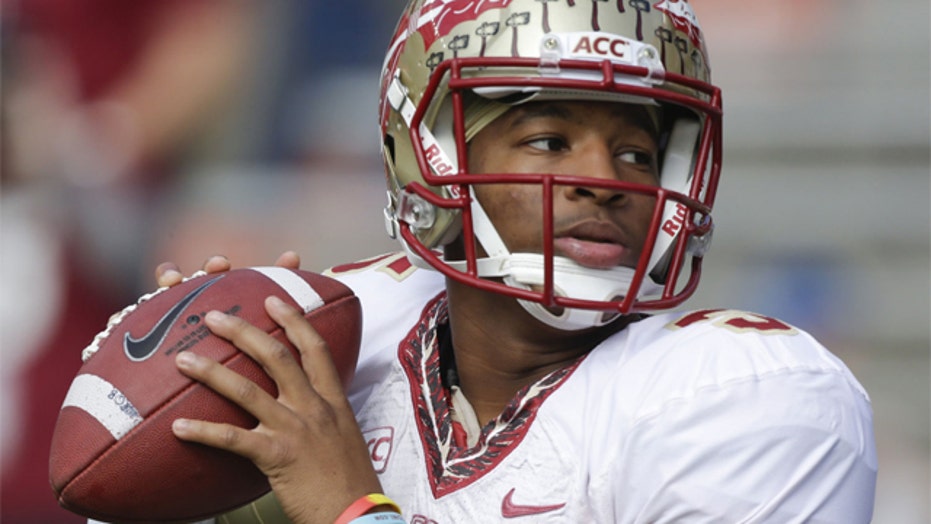 (SportsNetwork.com) - Florida State quarterback Jameis Winston was found not to have violated the university's conduct code over allegations that he sexually assaulted a fellow student in December 2012.

Winston's attorney, David Cornwell, relayed via Twitter the concluding statement from former Florida Supreme Court Justice Major Harding, who was presiding over the hearing into whether the 2013 Heisman Trophy winner committed any infractions of Florida State's student policy.

"In sum, the preponderance of the evidence has not shown that you are responsible for any of the charge violations of the Code. Namely, I find that the evidence before me is insufficient to satisfy the burden of proof," read Harding's statement.

Winston had previously been cleared of any criminal activity by the Florida state attorney's office in December of 2013. However, the redshirt sophomore still faced an investigation from the university due to Title IX policies.

His accuser filed a complaint alleging that Winston raped her in an off-campus apartment two years ago, which the star quarterback maintained to be a consensual sexual encounter. The charges were ultimately dropped, in part due to the discovery of a DNA sample of second, unknown, male on the alleged victim's clothes.

Winston's accuser can file an appeal of Harding's ruling within five class days, which would be until Jan. 13 with Florida State currently on winter break. Winston also could still face a civil suit from the woman over the incident.

According to USA Today, which received Harding's letter to Winston regarding his decision, Harding came to his conclusion based on several factors.

He noted that statements from two other Florida State players, Chris Cashner and Ronald Darby, were consistent with Winston's account of the incident being consensual. A nurse that examined the woman following the encounter testified that she found it inconclusive as to whether or not a sexual assault had occurred.

Additionally, Harding found no evidence that the woman involuntary got into a taxi to go to Winston's apartment after meeting him at a Tallahassee bar.

Winston reportedly did not directly answer questions from Harding during the hearing, instead reading from a prepared statement which gave his account of the events.

Florida State is currently preparing for its College Football Playoff semifinal game against Oregon in the Rose Bowl, which will take place on New Year's Day.