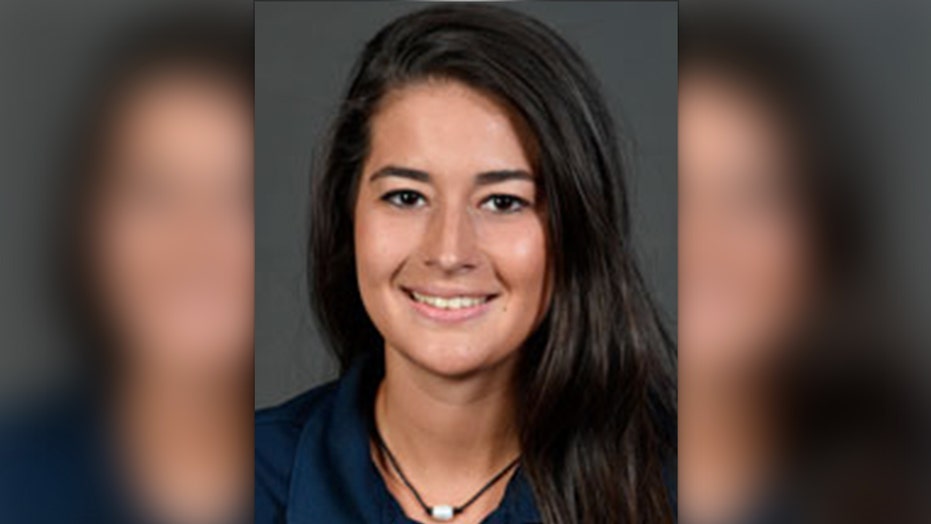 Carolina Lewis, 23, died unexpectedly Sep. 16 during a trip to the nation’s capital, her sister, Jade Lewis, wrote in a GoFundMe set up to cover the woman’s funeral costs.

No cause of death was immediately given.

“Carolina graduated this past May from Kansas State University where she played tennis and excelled in academics,” the GoFundMe post said Sunday. “Carolina had dreams of being a sports journalist and her near goals were to return to Europe and complete her masters. Carolina recently worked the US Open and her dream was to always work in New York City.”

Lewis was from Hilton Head, S.C., and played tennis at West Virginia as well as Kansas State. She was a four-star-rated recruit coming out of high school and South Carolina’s No. 1 tennis recruit, according to TennisRecruiting.net.

SIMONA HALEP SAYS SHE IS REUNITING WITH COACH DARREN CAHILL

Lewis’ uncle, Chris Lewis, was at one point the top-ranked junior tennis player in the world. He reached the 1983 Wimbledon final but lost to John McEnroe. He didn’t go further than the third round in any other major tennis tournament.

He called his niece’s death “one of life’s unthinkable and cruelest moments” in an interview with the New Zealand Herald.

“Carolina, may your beautiful soul Rest In Peace forever, and may your wonderful and loving family find some peace on this earth now that you have left us,” he said. “Carolina, we all love you. Thank you for the special times we’ve shared, the wonderful and precious memories you’ve given us, and for the love we all have in our hearts for you — a love that will hold true and strong for the rest of our lives. You will always be with us.”