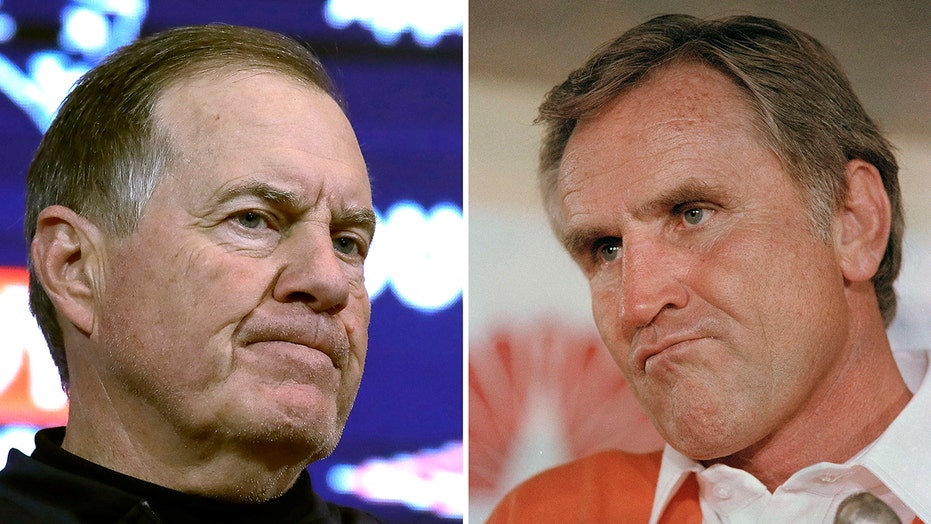 The use of the adjective “winningest” in sports dates at least to the 1930s, when Don Shula was a toddler.

The word came along at the right time as a superlative made for Shula, and described him in headlines after his death Monday at age 90.

Among the Pro Football Hall of Fame coach's many achievements, his NFL record 347 victories with the Baltimore Colts and Miami Dolphins stood out.

“The one thing, I think, is the number of wins over the years,” said one of his Hall of Fame quarterbacks, Dan Marino. “To coach for 33 years and do it at a high level like he did it -- you see coaches today and the way they are, they’re amazed by what coach Shula was able to do for so long.”

But the title of winningest coach is in jeopardy. Bill Belichick easily leads all active coaches with 304 victories in 25 seasons while still going strong with the New England Patriots.

Belichick needs only 44 wins to break the career record, an alarming situation to many fans of the Dolphins and the widely beloved Shula. For them, Belichick falls into the anybody-but-him category.

He's considered villainous partly because of scandals that have tainted his tenure with the Patriots, and also because his team has dominated the Dolphins, the AFC East and the NFL for two decades.

Shula held Belichick in contempt. In the aftermath of New England’s spying and deflated footballs scandals, Shula referred to Belichick as “Belicheat,” and spoke of the pride he felt regarding his own Dolphins legacy.

“It was always done with a lot of class, and a lot of dignity,” Shula said in 2015. “We didn’t deflate any balls. They all had the right amount of air in them.”

Belichick won't say so, but unseating Shula might be a driving force that keeps him going at 68. He appreciates football history, and he's also keen to show he doesn't need Tom Brady.

But Brady's departure to Tampa Bay likely hurts Belichick's chances to surpass Shula. Belichick has a career record of 249-77 with Brady, and 55-62 without.

Over the past six seasons, the Patriots have won 86 games, 14.3 per year. At that pace, Belichick would pull even with Shula in the 2022 postseason.

But oddsmakers project the Brady-less Patriots will win only nine games in 2020. At that rate every season, Belichick wouldn't surpass Shula until late 2024, when he would be 72. A season curtailed by the coronavirus pandemic could also slow Belichick's progress.

There are gauges of greatness other than games won. Patriots fans would point out that Belichick has six Super Bowl titles; Shula had two. Dolphins fans would note that Shula's 1972 team went 17-0, still the NFL's only perfect season

The Shula-Belichick relationship goes back decades. Their teams met twice in the early 1990s when Belichick was with the Cleveland Browns, and Shula won both games.

Shula retired in January 1996, and Belichick was fired by the Browns a month later. Belichick's career record at the time was 37-45, but has improved a tad since he became New England's head coach in 2000.

That sounds like the sort of tributes being showered upon Shula this week. One came from Belichick, who issued a statement praising Shula as an all-time great.

“I was fortunate to grow up in Maryland as a fan of the Baltimore Colts who, under coach Shula, were one of the outstanding teams of that era,” Belichick's statement said. “My first connection to coach Shula was through my father, whose friendship with coach Shula went back to their days in northeast Ohio.”

So there's a connection, if not a bond. They weren't close, but they're getting close on the list of coaching victories. Only George Halas, with 324, stands between Shula and Belichick.

"Records are made to be broken,” Anderson said Tuesday. “Someday another team may go undefeated. I hope I'm not living then.”

And if Belichick does claim the title of winningest coach, Shula won't be around to see it.