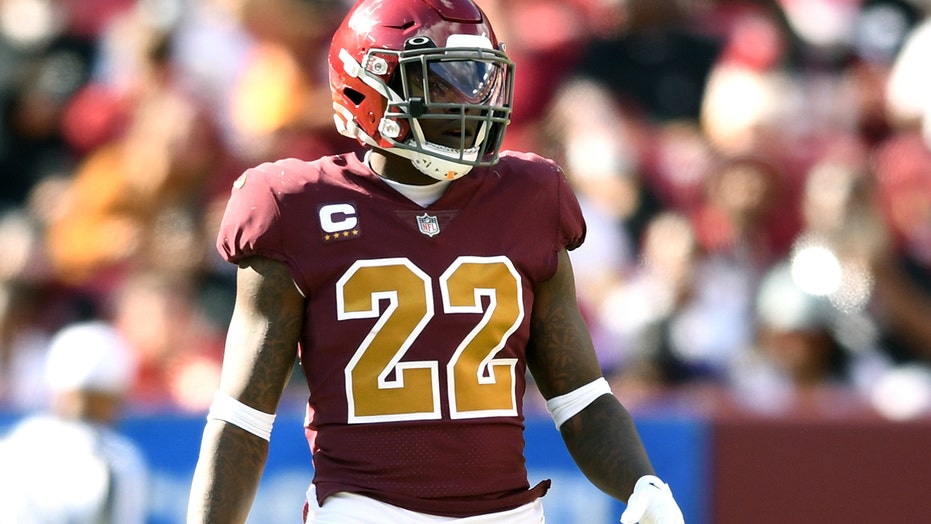 Washington Football Team defensive back Deshazor Everett was involved in a car crash in Virginia on Thursday night which left one person dead.

The single-car crash occurred in Loudon County around 9:15 p.m., the sheriff’s office said Friday. The driver of the vehicle left the roadway, struck several trees and rolled over, authorities said. The passenger in the vehicle, identified as 29-year-old Las Vegas resident Olivia S. Peters, was pronounced dead at a hospital.

Sam Franklin #42 of the Carolina Panthers and Deshazor Everett #22 of the Washington Football Team gets into a scrum in the second quarter of the game at Bank of America Stadium on November 21, 2021 in Charlotte, North Carolina. (Jared C. Tilton/Getty Images)

Everett, 29, was identified as the driver of the vehicle. Police said he suffered serious but non-life-threatening injuries.

"We’ve been made aware of an automobile accident last night involving Deshazor Everett. A passenger in his vehicle lost their life and we extend our deepest sympathies to the family and friends who lost a loved one," Washington said in a statement obtained by Fox News. "Deshazor is currently in the hospital with serious but non-life-threatening injuries. Our thoughts and prayers are with everyone who has been affected by this tragedy. Our team has alerted the league office and is working with local authorities as we continue to gather more information. We will have no further comment at this time."

Deshazor Everett #22 of the Washington Football Team walks off the field after the NFL preseason game against the Cincinnati Bengals at FedExField on August 20, 2021 in Landover, Maryland. (Greg Fiume/Getty Images)

Police were investigating the crash.

Deshazor Everett #22 of the Washington Football Team in position during a NFL football game against the Kansas City Chiefs at FedExField on October 17, 2021 in Landover, Maryland.  (Mitchell Layton/Getty Images)

Everett had been with Washington since the 2015 season. He’s played in 89 games for the team and has recorded two interceptions, two forced fumbles and 170 tackles. He’s played in 14 games in 2021.