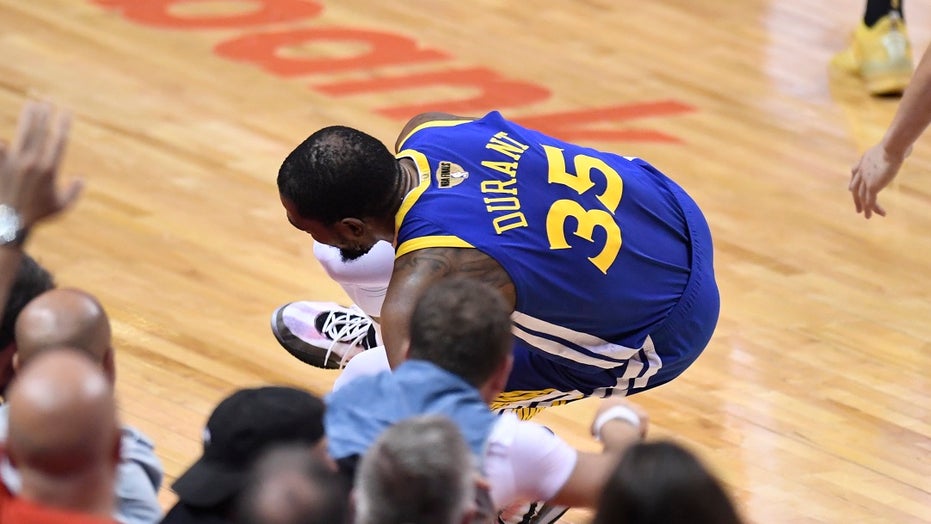 Kevin Durant underwent surgery for a ruptured Achilles tendon to his right leg, according to a Wednesday Instagram post two days after suffering the injury against the Toronto Raptors in Game 5 of the NBA Finals.

A photo of the 30-year-old star forward showed him in a hospital bed with the caption: "I wanted to update you all: I did rupture my Achilles. Surgery was today and it was a success, EASY MONEY."

Durant's availability for Thursday's Game 6 at Oracle Arena had been in doubt. After word of the surgery, Kerr called the news "devastating." Durant had returned in Game 5 after being sidelined for over a month due to a  strained calf in the same leg.

“I don't know what else to add to that other than had we known this was a possibility that this was even in the realm of possibility there’s no way we would have allowed Kevin to come back," Kerr said. "It’s devastating."

"Now, would we go back and do it over again? Damn right," he added. "But that's easy to say after the results. When we gathered all the information, our feeling was the worst thing that could happen would be a re-injure of the calf. That was the advice and the information that we had. At that point, once Kevin was cleared to play, he was comfortable with that, we were comfortable with that. So the Achilles came as a complete shock."

Golden State Warriors forward Kevin Durant (35) goes down with a leg injury against the Toronto Raptors during first half action in Game 5 of the NBA Finals in Toronto on Monday, June 10, 2019. (Frank Gunn/The Canadian Press via AP)

Durant, a two-time reigning NBA Finals MVP,  injured his Achilles in the second quarter of Monday's game. He suffered his calf strain on May 8 in the Western Conference semifinals against the Houston Rockets.

Fans have looked for who to blame for bringing Durant back after his initial injury. Warriors general manager Bob Meyers was visibly emotional after  Monday's 106-105 win over Toronto to force a Game 6.

He said the blame should be placed on him.

Durant can become a free agent this summer. Many believe he was going to leave Golden State.

Stephen Curry can only imagine how much Durant is hurting emotionally not being able to play — but second-guessing benefits nobody at this stage, the two-time MVP said.

"Everybody has great 20/20 hindsight," Curry said, then added: "I trust our medical staff and know Bob Myers has our best interests in terms of not just what we can do in this series, but long term in our overall health. You see how hard he took it, talking to you guys after the game. And that's really genuine and authentic. So you can waste time talking about the what-ifs and this and that. Injuries are tough and they suck. They're a part of our game, and they're going to continue to be a part of our game. But everybody putting their collective brains together to make the sound, smart decisions, you kind of just live with that, because that's what's a part of our game."

The Warriors face the Raptors Thursday night. They are down 3-2 in the series.