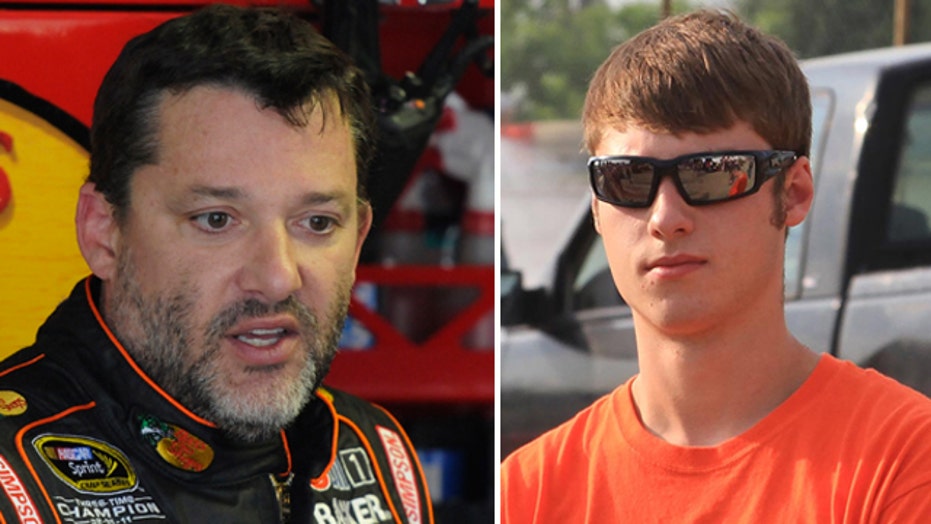 SYRACUSE, N.Y. – The father of the driver run over and killed by Tony Stewart told The Syracuse Post-Standard that “there’s no reason for” the crash that led to his son’s death.

Kevin Ward Jr. was sent into the wall when his car was bumped by Stewart’s in a dirt-track race on Saturday night in Canandaigua. Ward got out of the car and walked onto the track, where he was hit by Stewart.

Kevin Ward Sr., who was at the race when his son was hit by the car and watched as emergency workers performed CPR for 45 minutes, told the newspaper that “Tony Stewart was the best damn driver by far on the track that night. Why he had to go up as high as he did and hog my son, there’s no reason for it.”

When the 20-year-old Ward got out of his damaged car, he walked on the track and appeared to point at Stewart.
Other cars drove past him, but Stewart’s right-rear tire appeared to hit him and drag him along the track.

“Apparently, Tony Stewart was the only one driving out there who didn’t see him,” Ward told the newspaper.
No charges have been filed against Stewart, but they are possible.

Ontario County Sheriff Philip Povero, who announced on Tuesday that the investigation is continuing, has said that his initial findings have turned up nothing that would indicate criminal intent in the crash at the Canandaigua Motorsports Park.

But legal experts agree that does not mean Stewart is in the clear.

The NASCAR star could be charged with second-degree manslaughter under New York law if prosecutors believe he "recklessly caused the death of another person," with negligent homicide another possibility, according to criminal law professor Corey Rayburn Yung of the Kansas University School of Law.

"The question over whether someone was reckless is a factual one, and one a prosecutor might let a jury decide," said Yung, who also posts at the Concurring Opinion blog.

Ward also addressed that in his interview: “The one person that knows what happened that night is possibly facing 10 years in prison. Is he going to say what he done?”