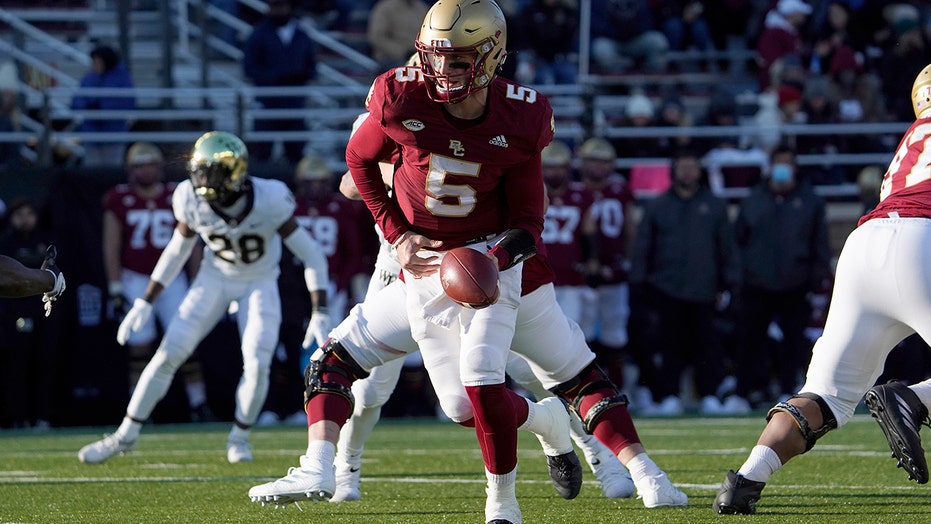 The Fenway Bowl and Military Bowl were both canceled due to the pandemic on Sunday as coronavirus outbreaks at Virginia and Boston College forced them to call off their postseason plans.

The game scheduled for Wednesday at Fenway Park was to pit the Cavaliers against SMU. The Military Bowl scheduled for Monday at Navy-Marine Corps Memorial Stadium between Boston College and East Carolina was canceled because of positive COVID-19 tests at BC.

"This is not the way we wanted to see this season come to an end," BC coach Jeff Hafley said. "We just do not have enough players to safely play a game. My heart goes out to our seniors who will not have one final opportunity to wear a BC jersey and I can’t thank them enough for all the contributions they made to our program."

The Fenway Bowl was supposed to bring a college football postseason game to the century-old home of the Boston Red Sox, but those plans have been stymied twice by the pandemic. It was to be the last game for Virginia coach Bronco Mendenhall, who announced his resignation after the Cavaliers concluded a 6-6 regular season.

But leading up to the team's planned departure on Christmas Day, players began showing symptoms of COVID-19 and tested positive. The full team was tested in the morning, and additional positive results came back on Sunday.

"Playing this game was something our team very much looked forward to and it is unfortunate Coach Mendenhall will not have one last opportunity to coach this group," Virginia athletic director Carla Williams said. "We appreciate all of the hard work by our team and coaching staff. They earned this bowl invitation, and it is unfortunate they will not be able to compete in the game to complete the season."

It's the second year in a row that the pandemic has spoiled Boston College's bowl bid.

The BC players voted not to go to a postseason game last year because of the emotional toll the pandemic season had taken. This year's team went 6-6 (2-6 Atlantic Coast Conference) to gain bowl eligibility and had already traveled to Washington, D.C., for Monday's game.

But athletic director Pat Kraft said more than 40 players were unavailable due to COVID-19, injuries, opt-outs and transfers.

"We just do not have enough players to field a team," he said. "We are disappointed not to be able to finish the season together as a team, but the health and safety of our program is our highest priority."

The Hawaii Bowl was canceled earlier after Hawaii withdrew from its game against Memphis on the eve of Thursday's contest because of COVID-19, season-ending injuries and transfers.

And Rutgers will replace Texas A&M in the Gator Bowl against Wake Forest on New Year's Eve after the Aggies pulled out because of a lack of available players.