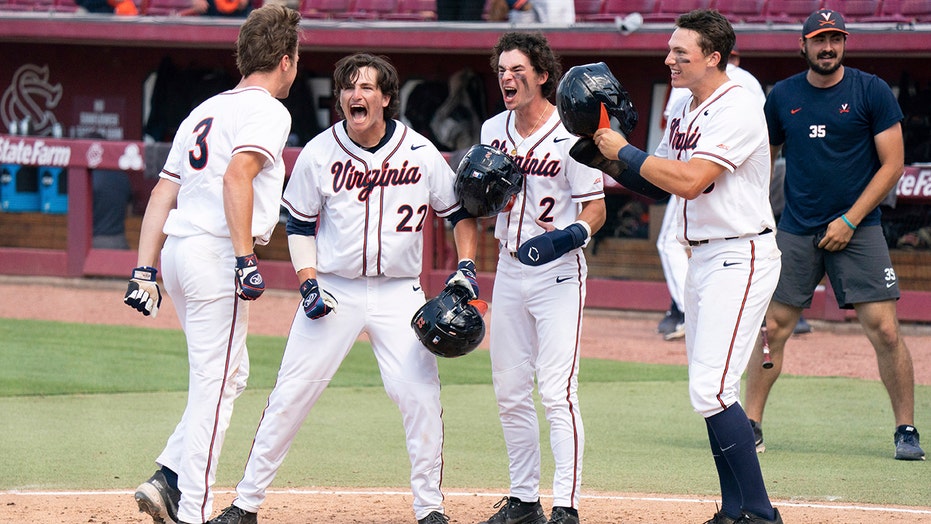 Kyle Teel hit a grand slam in the seventh for Virginia's first lead and the Cavaliers clinched their fifth trip to the College World Series with a 5-2 victory over Dallas Baptist on Monday.

Virginia (35-25) won the Columbia Super Regional to reach the CWS for the first time since winning the national championship in 2015.

Nic Kent cut Virginia’s deficit to 2-1 with a solo homer in the fourth. In the top of the seventh, Virginia centerfielder Chris Newell leapt at the wall to deny Andres Sosa's long ball.

Ray Gaither (3-3) took the loss for Dallas Baptist (41-18), which advanced farther than any other team in program history. Starter Luke Eldred allowed one run in 3 2/3 innings. Glenn hit his 21st home run of the season, ranking third for a single season in DBU's Division I era.