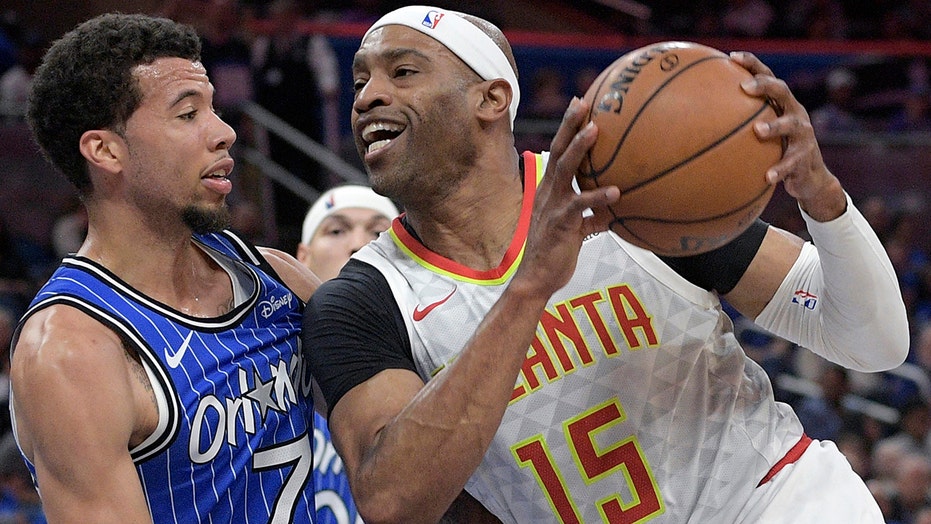 Vince Carter is reportedly returning to the Atlanta Hawks for what would be a record-breaking 22nd season.

Carter, 42, agreed to a one-year deal with the Hawks, according to multiple reports. He is tied with Robert Parish, Kevin Garnett, Kevin Willis and Dirk Nowitzki with 21 NBA seasons.

POPOVICH, FINALLY, GETS HIS TURN AT LEADING USA BASKETBALL

The deal has yet to be made official.

Carter served as a mentor to some of the young players on the Hawks team last season, including Trae Young and John Collins, and will likely be doing the same with D’Andre Hunter and Cam Reddish.

Carter was selected No. 5 pick in the 1998 NBA Draft by the Golden State Warriors and he was included in a trade with the Toronto Raptors for Antwan Jamison.

Known for his highlight-reel dunks, Carter played in six full seasons with the Raptors before being traded to the New Jersey Nets during the 2004-05 season. He then played for the Orlando Magic, Phoenix Suns, Dallas Mavericks, Memphis Grizzlies and Sacramento Kings before landing with the Hawks last season.

An eight-time All-Star, Carter has yet to win an NBA championship.