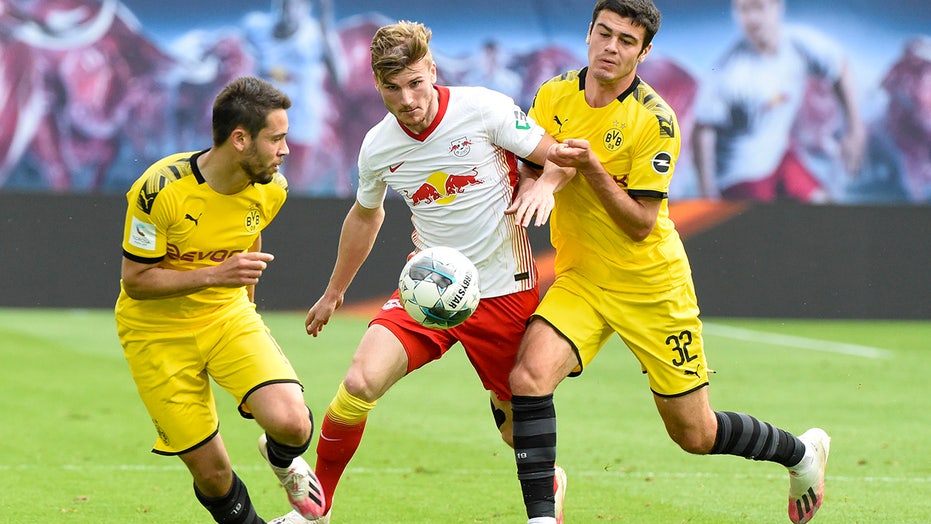 Gio Reyna took advantage of his first start for Borussia Dortmund to set up Erling Haaland’s opening goal in a 2-0 win against Leipzig in the German league on Saturday.

It was the second time the 17-year-old American had been included in Dortmund’s team for a Bundesliga game.

Reyna was ready to start on May 16 when the Bundesliga resumed from its two-month break caused by the coronavirus pandemic, but was injured during the warmup before the derby against Schalke.

Reyna shook off a bacterial infection that kept him out of Dortmund’s 2-0 loss to Mainz on Wednesday, and set up Haaland in the 30th minute in Leipzig. He was booked early in the second half for a late challenge on Nordi Mukiele.

Reyna has made 17 appearances across all competitions – 16 as a substitute – for Dortmund this season.

He made his debut on Jan. 18, becoming the youngest American to play in the Bundesliga at 17 years, 2 months, 5 days. He scored his first senior goal on Feb. 4 in a German Cup loss to Werder Bremen.

Reyna was set to join the United States team for the first time in March, but its matches were called off because of the pandemic.