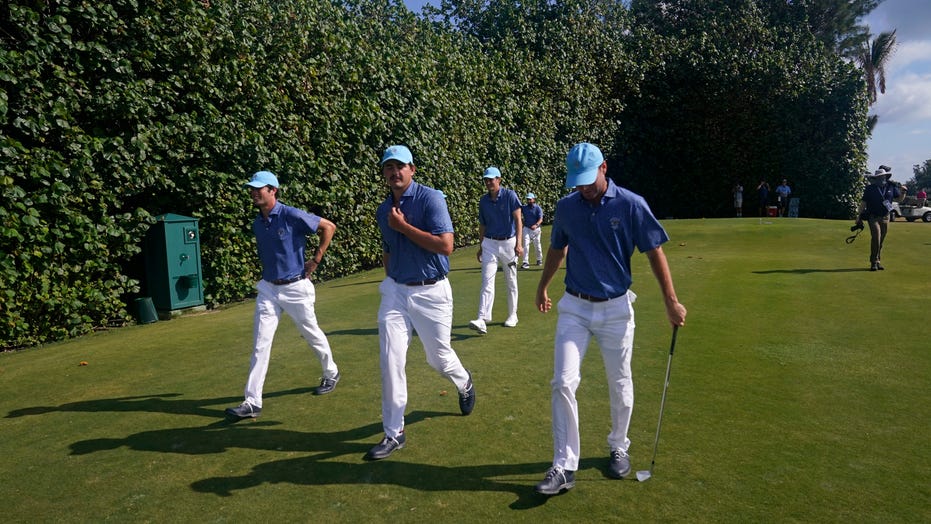 Members of the U.S. and Great Britain & Ireland teams at the Walker Cup are dealing with a stomach bug and are under observation at the team hotel, organizers said Friday.

The amateur golf tournament is held every other year and is set to begin Saturday at Seminole Golf Club, with four foursomes matches in the morning and eight singles in the afternoon.

The USGA and R&A said in a statement the matches are expected to be held as scheduled.

Officials said a number of players from both teams have been treated for "gastrointestinal issues." They said COVID-19 has been ruled out as the cause because both teams tested negative in daily screenings and have adhered to the health and safety guidelines required to play.

Golf Channel reported 10 players — five Americans and five from GB&I — along with captains Nathaniel Crosby and Stuart Wilson did not go to the golf course Friday morning.

It said GB&I had six players practicing at Seminole, including an alternate, while the U.S. team had five players and an alternate at practice.

The Walker Cup features two days of foursomes and singles. The Americans won two years ago at Royal Liverpool. GB&I has not won away from home since 2001.