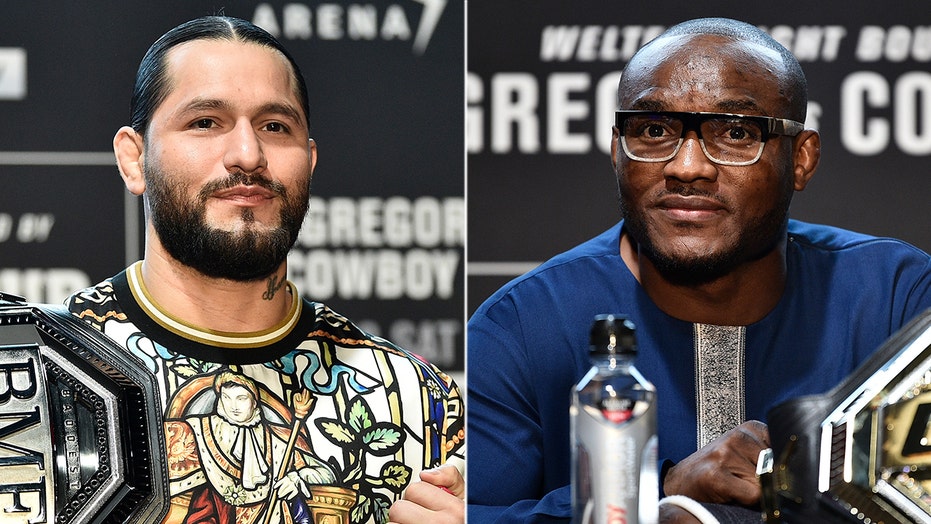 UFC stars Jorge Masvidal and Kamaru Usman appeared to get into a heated confrontation in Miami at Super Bowl radio row Wednesday and the two had to be separated.

Usman was heard on video urging Masvidal to “do something” while the two stood several feet apart. Usman took exception to Masvidal’s hand gestures and the trash talking. Masvidal said he wasn’t going to fight Usman and wasn’t going to “take advantage” of him.

The expletive-laden confrontation was caught on camera and posted on social media.

The near-brawl came after Usman appeared on “The Joe Rogan Experience” and confirmed that he and Masvidal were going to fight next, it was just a matter of time.

“Give me a month and let this thing heal up,” Usman said, according to MMA Mania. “I can make a fist now. I’m cracking. They put out the guys, and let’s be honest, if you look at the division, I’ve beaten almost everybody there in the top 10. It’s a matter of who they really want, what’s next. Dana [White] said they really want Jorge. Jorge is the next guy.”

Masvidal appeared on the Le Batard & Friends Network’s “STUpodity” podcast and said he would fight Usman before Conor McGregor.

Usman (16-1) is the UFC welterweight champion while Masvidal was crowned the “baddest mother----r” with his win over Nick Diaz at the end of last year.