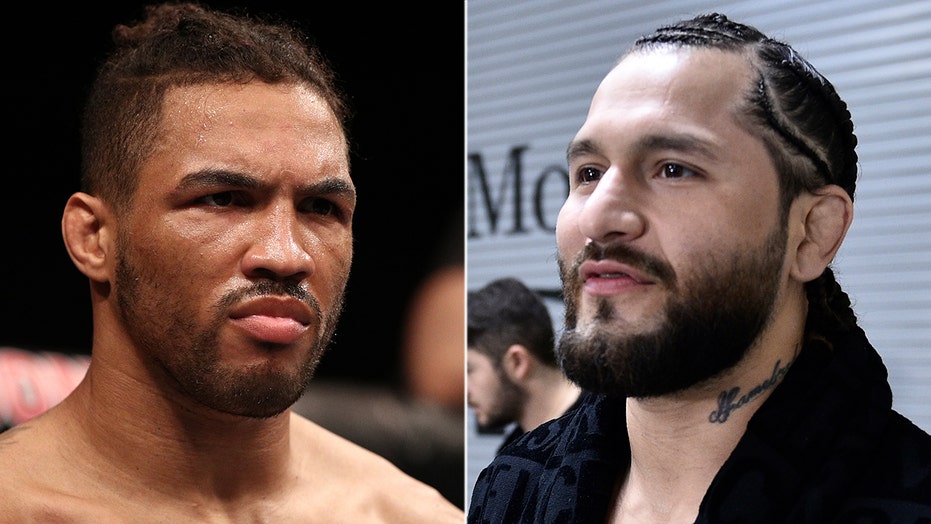 UFC star Jorge Masvidal took issue Saturday with how Kevin Lee handled his loss to Charles Oliveira during their fight in Brazil.

Oliveira defeated Lee in the third round of their match via submission. After Lee had tapped out and the referee called the match, he appeared to try to wrap Oliveira. The move prompted Masvidal to lay into Lee in a series of expletive-laden tweets.

NEVADA SPORTSBOOKS BRACE FOR AN INDEFINITE TIME WITHOUT SPORTS

Masvidal also harped on Lee for missing weight. Lee was 2.5 pounds off the required weight for his fight against Oliveira.

“First b---h move: misss (sic) weight. Second b---h move: tap and try to continue. Disrespectful to the sport and that’s the lowest thing you can do.”

It’s unclear if there was any animosity between Masvidal and Lee before the tweets were fired off.

UFC is the only major sports to continue to hold events in the wake of the coronavirus pandemic that has forced other professional leagues to suspend or delay play.

UFC president Dana White said last week the organization’s events are still going on despite the rest of the world shutting down. The fight promotion has a few events planned over the next few weeks, which could keep fans entertained as the outbreak comes and goes.

“I talked to the president and the vice president about this, and they’re taking this very serious,” White said in a statement Thursday. “They’re saying, ‘Be cautious, be careful, but live your life and stop panicking.’ Everybody is panicking, and instead of panicking, we’re actually getting out there and working with doctors and health officials and the government to figure out how to keep the sport safe and continue to put on events.”