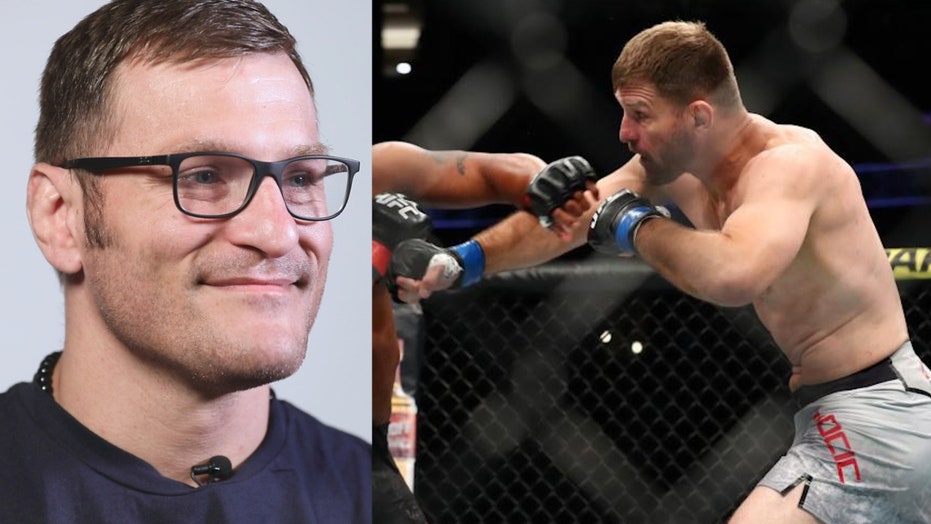 Heavyweight champion Stipe Miocic welcomes UFC's plans to reopen the octagon. The fighter — and firefighter — does have some concerns, though.

After scrapping an idea to hold fights on tribal land in California and canceling or postponing several events since the start of the COVID-19 pandemic, UFC will return to competition May 9 in Jacksonville, Florida.

UFC President Dana White recently announced UFC 249 will be held without fans at VyStar Veterans Memorial Arena. Two additional fight cards are scheduled for May 13 and May 16 at the venue.

Miocic said his only reservation about the sport's reopening is related to health reasons.

“As long as everyone is safe, I hope it works out,” said Miocic, who has continued to work as a firefighter and paramedic during the outbreak. "And not just the fighters, I worry about everyone’s safety. It takes one person to (infect) three people, and how fast it can spread, it’s crazy.”

Miocic recaptured his title belt in August by pummeling Daniel Cormier at UFC 241. On Thursday, the affable 37-year-old said his recovery following surgery to repair a torn retina continues to go well — “I have some spots, but definitely I can see" — and that he misses his training routine while awaiting a return to normalcy.

Until then, Miocic has been working shifts for the Valley View (Ohio) Fire Department. Personal safety is always a priority in his “other” job, and Miocic said he and his co-workers have remained vigilant during these unprecedented times.

“I have a job to do, and when I go to the station I make sure I stay clean,” he said on the phone from his home in North Royalton, Ohio, “We’re smart. We’re clean. We’re masked. We wear goggles, gloves and gowns when he have to. It’s our routine, so I’m not really worried about that.”

Miocic has teamed with Modelo beer to raise funds for personal protection equipment for first responders during the pandemic. On May 5, the brewer has pledged to donate $1 (up to $500,000) for any social media post using the hashtag #CincUp.

Miocic also has been working out, but not like he normally would while training for a fight. A third matchup with Cormier, who knocked him out in the first round in 2018, appears likely but isn’t official.

He joked that most of his cardio work these days comes from chasing his young daughter around the house.

Already proven to be adept with his hands, Miocic has filled idle time with home projects. He’s surprised himself with a knack for wallpapering.

“I’m good at bringing things down,” he joked.

“I thought we did really well actually,” said Miocic, who trained last year with Browns star defensive end Myles Garrett. “We were smart. I think we got a few of the pieces that we need. I think we’re doing the right things.”