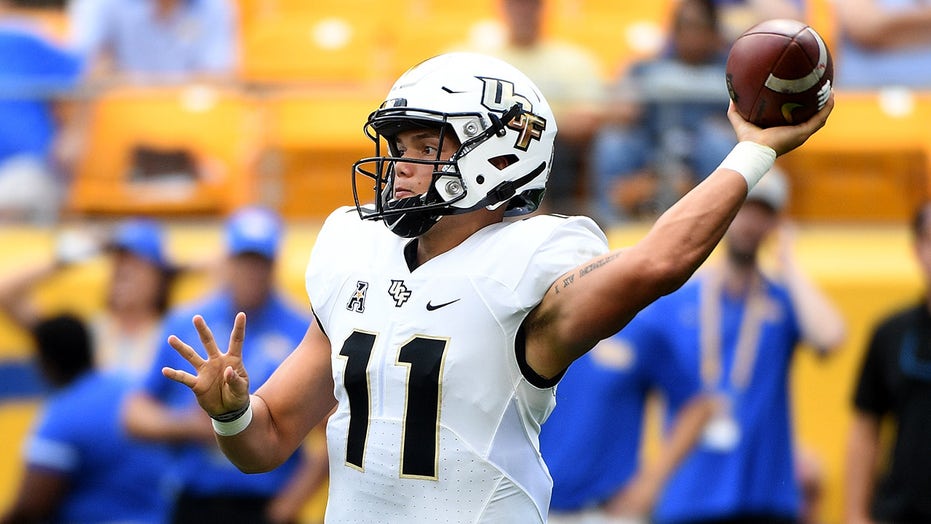 Central Florida quarterback Dillon Gabriel had a blunt message on Saturday for every school in the state after the Knights’ 49-21 victory over Georgia Tech.

Gabriel, a sophomore, had 417 passing yards and four touchdown passes in the big victory.

“You saw what happened last week, you can say we're the best team in Florida,” Gabriel said, according to 24/7 Sports.

He added: “The team played really well … the offensive line, it all starts up front. They picked up a lot of pressures. The running backs did a hell of a job. Guys were making plays all over the field, so when that happens, you see what we can do.”

Gabriel became the third Knights player to win the Walter Camp Player of the Week award for his performance. He followed McKenzie Milton in 2017 and 2018 and Terrance Plummer in 2018.

“The uncertainty of tomorrow for the last six months … the brotherhood is real, it's strong here. Inside of our locker room, they do love one another. I'm really proud of them for staying the course together and growing together over the last,” coach Josh Heupel said after the game. “They've made me (better). They've made our coaching staff better. We're closer. We're better as a football family than we were when we got away from each other in early March.”

UCF has had some success recently thanks to their play. To be declared the best team in Florida might be a stretch this season. Miami has played well and just beat Louisville and Florida has yet to play this season. They may have bragging rights over Florida State, Florida International and Florida Atlantic.