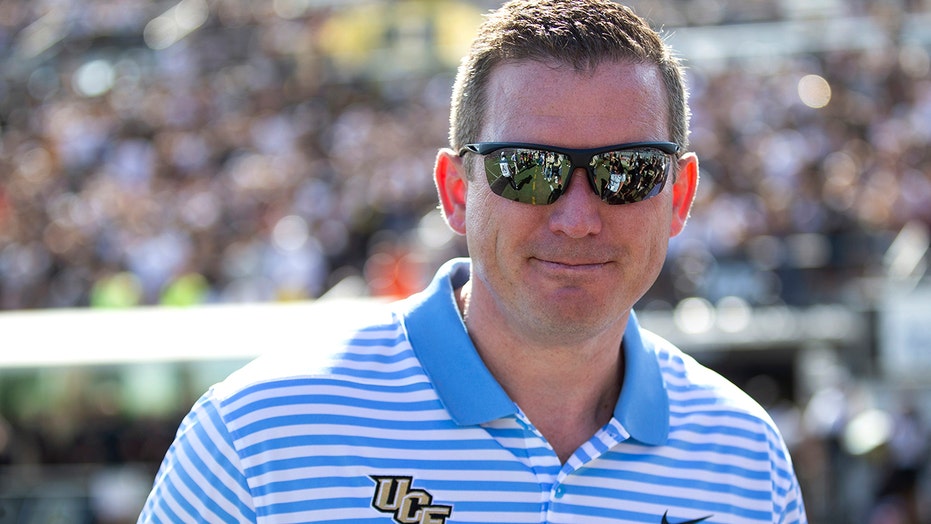 UCF athletic director Danny White has signed a five-year contract that will pay him more than $1 million annually.

White's base salary will start at $1.081 million and increase by 5% every year on the rollover date. The deal includes a $2.5 million buyout, which White or his new employer would owe UCF if he leaves the school before May 11, 2021 to become an athletic director at another school, an executive with a professional team, college conference or the NCAA, or an executive with a sports marketing, sports management company, broadcasting or social media company.

One of Duke AD Kevin White's five children, Danny White has helped UCF reach new heights since taking over in 2015. The football program has been one of the nation's best over the last three years, including going undefeated in 2017 and prompting White to declare the Knights national champions. The men's basketball team made the NCAA Tournament last year and barely lost to Duke in the second round.

"As much pride as we take in what UCF athletics has been able to accomplish the last few years, in so many ways we have just scratched the surface of our potential," White said in a statement. “I'm thrilled that we will be able to continue progressing towards our goal of making UCF a perennial top-25 athletics program.”

White created headlines in 2018 by openly campaigning to schedule a home-and-home series with any Power Five opponent. He even asked Florida AD Scott Stricklin for his help “in fixing a broken model” that includes “unfair scheduling practices.”

Stricklin, a member of the College Football Playoff Committee, has said he would only schedule UCF in a two-for-one series.

"Danny has excelled at building a nationally recognized athletics program where our student-athletes are thriving academically and in competition," UCF interim president Thad Seymour Jr. said. “The Knights are one of the most exciting teams in the nation, and I can't wait to see what our student-athletes and coaches accomplish under Danny's leadership in the years ahead.”