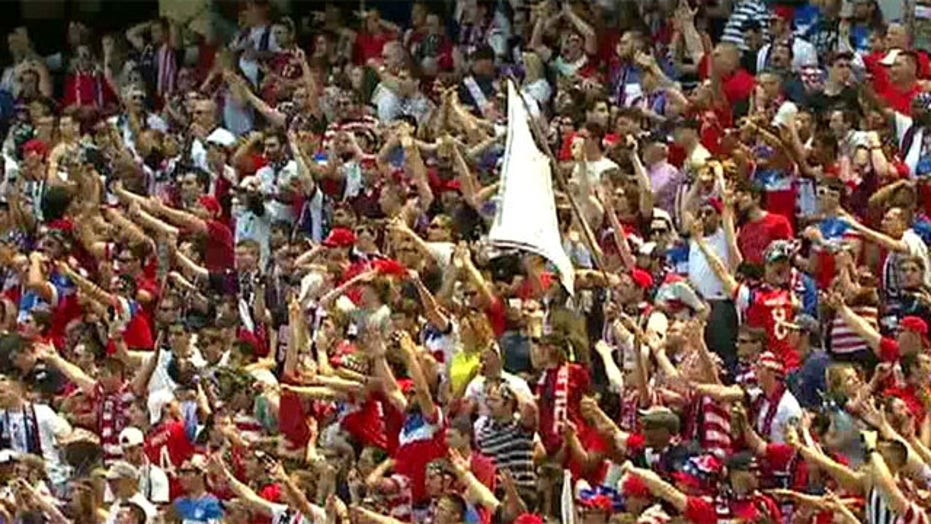 Natal, Brazil – The skies were gray with torrential downpours that caused flash flooding in the area around the northeastern beach city of Natal, but that didn’t stop thousands of United States soccer fans from descending here ahead of the U.S.’s much-anticipated opening match of the 2014 World Cup against the Black Stars of Ghana.

Fans of the red, white and blue made the long journey full of multiple connections from places as far away as New York, Wyoming and Washington state – some of whom were making their first trip out of the country – to the brand-new Greater Natal International Airport.

“We went to Denver to Buenos Aires to São Paulo to Natal,” Curtis Barbs, a U.S. Soccer fan from Wyoming told Fox News Latino while waiting to board his flight to Natal. “It's been an awesome first time out of the country to come down here for the World Cup.”

While Brazil is obviously a good place to take a soccer vacation, the recent upswing in the popularity of the sport in the U.S. has only added to the fervor surrounding this year’s tournament and to the number of Americans making their way to the country.

The U.S. was second only to host Brazil in the number of tickets bought for Cup games.  ESPN’s opening-day audience for the opening match between Brazil and Croatia on Thursday hit 4.4 million, up 55 percent from the 2.9 million who watched the 2010 opener in South Africa.

While many of the die-hard fans – especially members of the U.S. soccer support club, the American Outlaws – trace their fandom back to when they were young soccer players themselves, many say the popularity of the sport has really taken off in the last four years.

“It's finally catching on, and I think we are going to see the result of it in the next couple of days,” Fred Gould, a member of the Chattanooga, Tenn., chapter of the American Outlaws, told FNL.

The next couple of days are crucial to the Team USA and its supporters as they prepare for the match against Ghana, a team that has sent the U.S. home the last two World Cups.

The Americans have never advanced from the group stage after failing to get at least a tie in their opening game. They reached the knockout phase after winning their first games in 1930 and 2002, and following draws in 1994 and 2010.

"Statistically, the chances of advancing go way up now if you're able to get a point or three from the first game," midfielder Michael Bradley said. "We've certainly made no secret of the fact that all the focus at this point is about Ghana, and making sure that we do everything we can so that on June 16, we step on the field and are ready to leave it all out there, knowing that a good result puts us in a really good spot."

Whether or not the U.S. is prepared for a tough Ghana squad remains to be seen, but what isn’t is the zeal of the U.S. team’s fan base. Supporters are hosting a number of events around Brazil and will also be holding tailgating parties before the game.

“I expect it to be extremely loud in support of the U.S. on Monday,” Gould said. “I’m excited.”