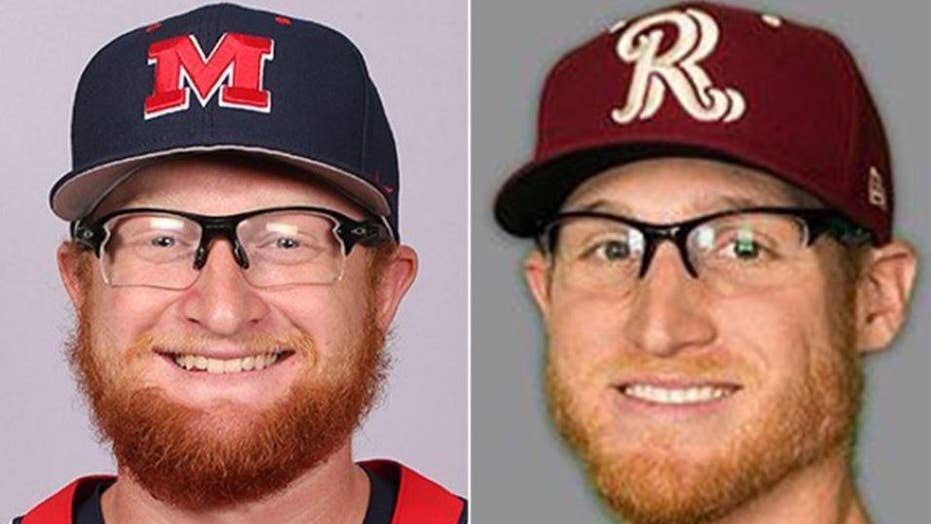 Two minor league baseball players were put to the test Wednesday – a DNA test, that is.

The pitchers -- both named Brady Feigl -- are part of the Texas Rangers and Oakland Athletics’ organization, respectively (whichever way). They also, astonishingly, look alike. They're both 6-feet-4 and sport similar beards and eyewear, according to CBS Sports. However, they swear they are not related to each other.

So...are they related in any way?

Inside Edition gave both Feigls a DNA test to see if they were actually related.

The tests came back negative, according to Inside Edition. However, the pair said they will remain friends as they embark on the long road to (hopefully) the major leagues.