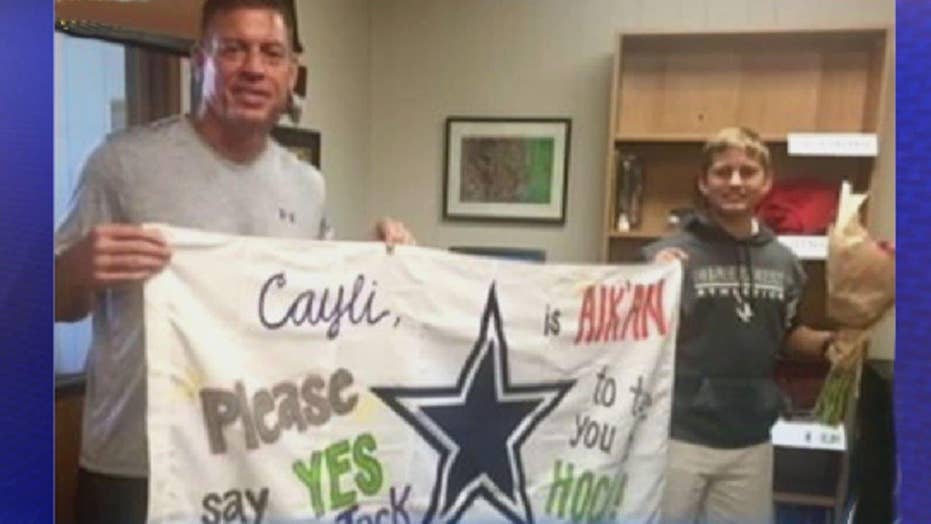 NFL Hall of Famer Troy Aikman had a hand in scoring 174 touchdowns for the Dallas Cowboys, but his latest exploit involved simply scoring a date for a high school sophomore.

With the plan in motion, Corrigan needed to make sure of one more thing: Would Lucia know who Aikman is?

So Corrigan made a set of Cowboys flash cards for the teen, telling her to study the set for a to-be-revealed reason. At the end of the week, Corrigan and Aikman drove to Lucia’s school and asked the front desk to call the teen to the principal’s office.

But instead of finding she was being reprimanded, Lucia found Aikman and Corrigan holding a poster that read: “Cayli, Please say YES because Jack is AIK’AN to take you to HOCO!”

“I opened the door and here he is with this giant flag of a poster asking me to homecoming,” Lucia said. “And of course I was excited. I already couldn’t speak, and then I turned slightly to my left – there’s Troy Aikman! Oh my gosh, I lost it.”