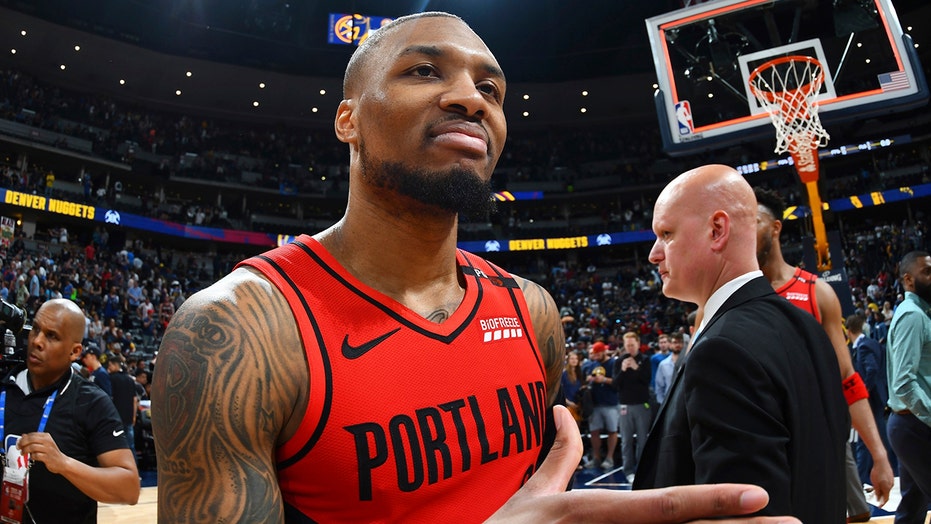 Drama has come to the NBA bubble.

The Clippers defeated the Trail Blazers, 122-117. Lillard missed two key free throws down the stretch that would have put Portland up one point with less than 20 seconds to go. Clippers guard Patrick Beverley was seen mocking Lillard’s signature celebration on the sideline.

At the end of the game, ESPN reported George and Beverley were seen waving goodbye to their opponents as they walked off the court.

“PG did the wave because he also was surprised [about the missed free throws] because he experienced being waved at last year,” Lillard said after the game, referencing his game-winning shot against the Oklahoma City Thunder during last year’s playoffs.

He added: “Asking me about Patrick Beverley, who I sent him home before at the end of a game. Paul George is a guy sent home by me last year in the playoffs, so they know. The reason they reacting like that is because of what they expecting from me, which is a sign of respect, and it just shows what I have done at a high clip more times than not. I am not offended by it. If anything, it should just tell you how much it hurt them to go through what I put them through in those situations previously.”

George was asked about the trash-talking after the game.

“Competition. It's part of the game. Simple as that. ... Some people can play with talking, some people can't,” George said.

But things took a turn on social media after the postgame media sessions were over. Bleacher Report posted Lillard’s quote on Instagram. The photo drew comments from Beverley, who wrote “Cancun on 3,” and George, who wrote “And you getting sent home this year” along with “Respect.”

Lillard had a scorching reply back.

“keep switching teams ... running from the grind. You boys is chumps,” he wrote taking a shot at George from going to the Thunder to the Clippers.

The Trail Blazers sit 2.5 games out of the playoff spot after making the Western Conference Finals last year. The Clippers are currently the second-best team in the conference and are only 1.5 games up on the Denver Nuggets for the No. 2 seed.