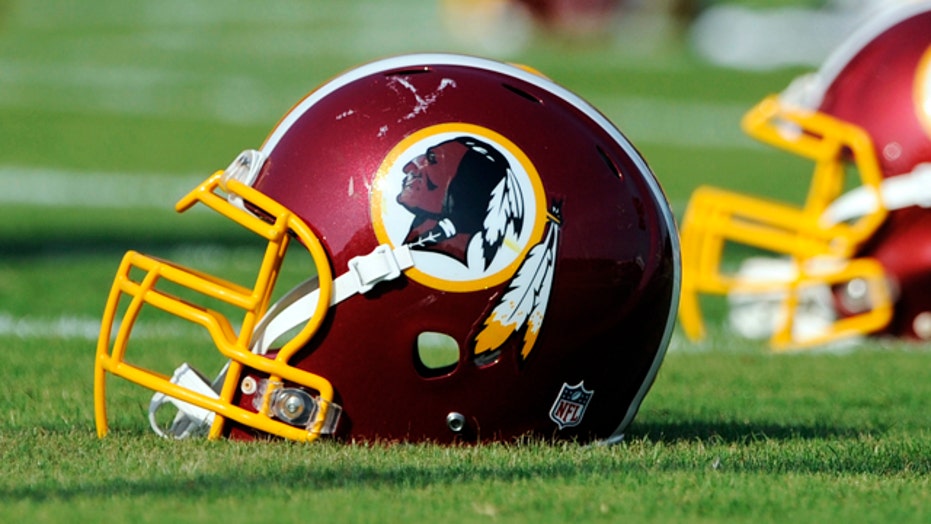 The U.S. Patent Office ruled that the Washington Redskins name is "disparaging of Native Americans" and federal trademarks for the name have to be canceled.

The 2-1 ruling came Wednesday after a campaign to change the name gained momentum over the past year. The team doesn't immediately lose trademark protection and is allowed to retain it during an appeal.

Redskins owner Dan Snyder has refused to change the team's name, citing tradition, but there has been growing pressure including statements in recent months from President Barack Obama, lawmakers of both parties and civil rights groups.

Bob Raskopf, trademark attorney for the team, said he expects the ruling to be overturned on appeal.

"We've seen this story before," Raskopf said in a statement. "And just like last time, today's ruling will have no effect at all on the team's ownership of and right to use the Redskins name and logo."

The decision means that the team can continue to use the Redskins name, but it would lose a significant portion of its ability to protect the financial interests connected to its use. If others printed the name on sweatshirts, apparel, or other team material, it becomes more difficult to go after groups who use it without permission.

The case involves six registered trademarks that involve the use of the word Redskins, but it does not apply to the team's logo.

The decision by the Trademark Trial and Appeal Board is similar to one it issued in 1999. That ruling was overturned in 2003 in large part on a technicality after the courts decided that the plaintiffs should have filed their complaint soon after the Redskins registered their nickname in 1967.

Raskopf said the evidence in the current claim is "virtually identical" to the evidence a federal judge ruled was insufficient more than 10 years ago.

The new case was launched in 2006 by a younger group of Native Americans, and was heard by the board in March of last year.

The group argued that the Redskins should lose their federal trademark protection based on a law that prohibits registered names that are disparaging, scandalous, contemptuous or disreputable.

Suzan Shown Harjo, one of the plaintiffs who testified at last year's hearing, said she was "thrilled and delighted" with the decision. Snyder declined to speak to reporters as he walked off the practice field, but the team said it planned to release a statement later in the day.

In Washington, lawmakers who have pushed for a name change applauded the decision. In May, half of the Senate wrote letters to the NFL urging the team to change its name.

"Daniel Snyder may be the last person in the world to realize this, but it's just a matter of time until he is forced to do the right thing and change the name," Senate Majority Leader Harry Reid said on the Senate floor Wednesday.

"The writing is on the wall," he added. "It's on the wall in neon, blinking lights. The name will change."

Reid has said previously he will not attend home games until the team changes its name.

"Today’s actions by the U.S. Patent and Trademark Office are in line with longstanding rules on the treatment of disparaging or offensive names," Pelosi said in a statement. "While we respect the right to free speech, slurs have no right to trademark protections.

“The team that represents our nation’s capital should be a source of pride to all Americans. It’s long past time for the Washington football team to choose a new name.”