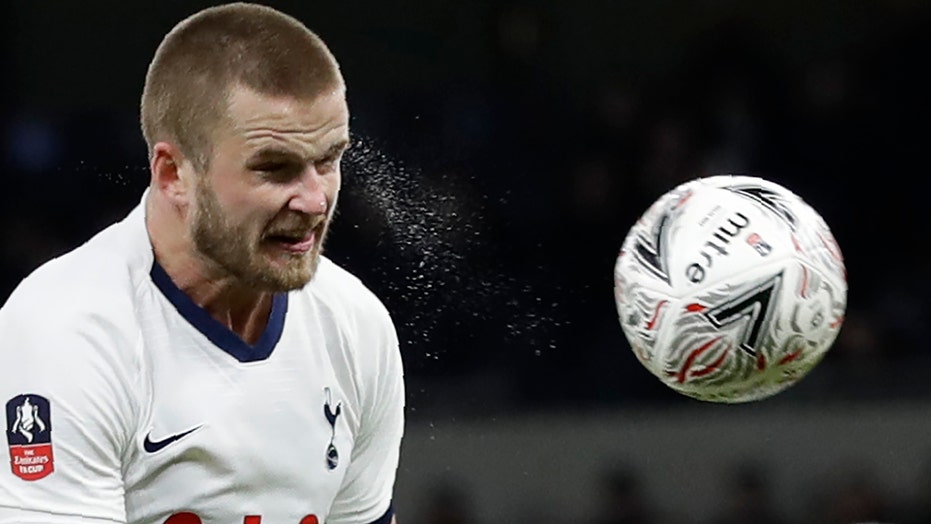 Tottenham midfielder Eric Dier jumped into the stands Wednesday after his club’s FA Cup match with Norwich City to confront fans who were allegedly insulting his brother.

Dier was caught on video jogging down the sideline after Tottenham’s penalty shootout loss and entering the stands to confront the fans. The 26-year-old had to be held back by security.

Spurs manager Jose Mourinho told reporters after the game the incident had something to do with Dier’s brother, according to Sky News.

“I cannot run away from the question and I think Eric Dier did something that we professionals cannot but, in these circumstances, something that every one of us would do,” Mourinho said.

“When someone insults you and your family is there, and your family gets involved with the person that is insulting you, in this case your younger brother, I think Eric did what we professionals cannot but, I repeat, probably every one of us would do.”

He added that he thought it would be unfair if the club disciplines Dier.

According to Sky News, Metropolitan Police were aware of the incident but no formal complaints were made.

Norwich City defeated Tottenham, 3-2 in a penalty shootout after tying 1-1 during regulation. The two matched up against each other in the Round of 16 FA Cup match.