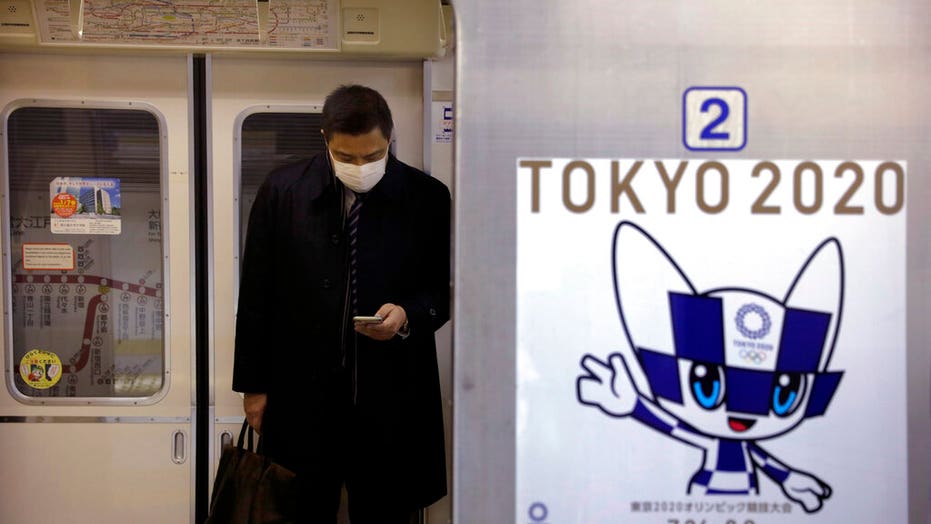 Tokyo Olympic CEO Toshiro Muto reassured the 2020 Games will be "held as scheduled" while walking back remarks he made this week about being “seriously worried” the sports event could be postponed or canceled because of the deadly coronavirus outbreak.

At a news conference Thursday with International Paralympic Committee officials, Muto appeared to clarify what he called a “misunderstanding” regarding comments he made earlier about the summer games as they relate to the deadly outbreak of the coronavirus.

“In order to avoid any misunderstanding, I would like to say that the Olympic and Paralympic Games will be held as scheduled,” he said, adding that people need to remain “cool-headed.”

A poster promoting the Tokyo 2020 Olympics is posted next to a train door as a commuter wearing a mask looks at his phone on a train in Tokyo. Tokyo Olympic organizers are trying to shoot down rumors that this summer's games might be canceled or postponed because of the spread of a new virus. (AP Photo/Jae C. Hong)

But on Wednesday it was Muto who was losing his cool, saying “I am seriously worried that the spread of the infectious disease could throw cold water on the momentum toward the games.”

On Thursday, Japan confirmed 45 cases of the virus but no deaths have been reported. Tokyo Olympic officials said they have established a task force to focus on the virus and have been repeating for a week that the games will go ahead as planned.

Despite the assurances, questions keep coming, with organizers saying they are deferring to the World Health Organization for advice.

“We need to put things into perspective, and until the World Health Organization tells us otherwise, we will proceed with business as usual," IPC spokesperson Craig Spence said.

The Olympics are slated to open on July 24 with the Paralympics beginning just a month later. Some qualifying events have been canceled or postponed in light of the global outbreak of the coronavirus.

The outbreak, centered in Wuhan--the city in China that is the epicenter of the virus--has now infected over 28,200 people worldwide and killed more than 560.

The Olympics have been canceled during wartime and faced boycotts in 1980 and 1984.