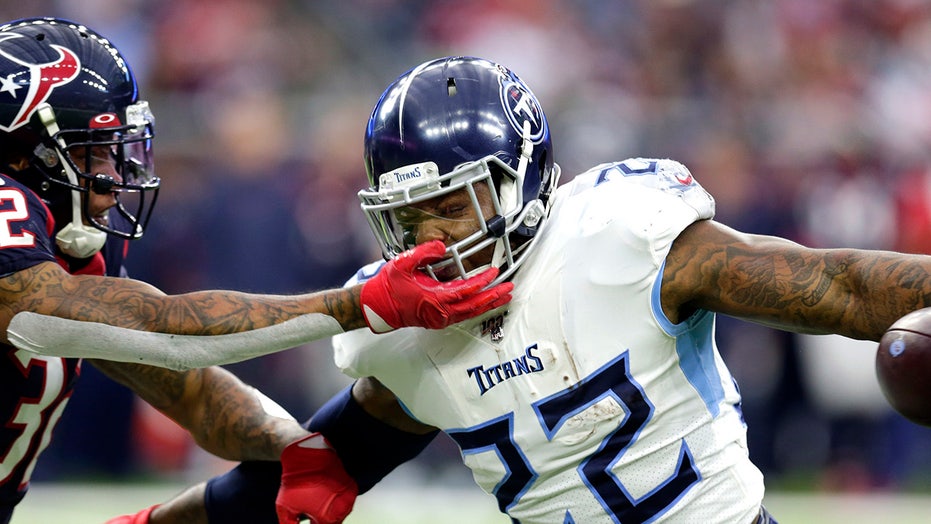 The Tennessee Titans placed the franchise tag on running back Derrick Henry, a day after giving quarterback Ryan Tannehill a lucrative four-year contract extension worth $118 million.

Henry, who led the NFL in rushing yards during the 2019 season, received a non-exclusive franchise tag, which means he can receive offers from other teams that Tennessee has a chance to match. If the Titans decline to match an offer, it would cost the new team two first-round draft picks.

Henry would be able to make about $10.2 million should he and the Titans fail to come up with a long-term contract extension before the July 15 deadline.

While Henry has expressed his desire to return to the Titans, other players believed he should have been paid more, suggesting he did more to help the team to the AFC Championship game than Tannehill.

“Damn they paid the QB but the RB who made the QB job 75% lighter he don’t get no love. Boy it’s cold, thank God that man come from a good family,” star defensive back Tyrann Mathieu tweeted.

Pro Bowl offensive lineman Trent Brown agreed: “The fact that the titans put the tag on their work horse the man who put the team on his back week in and week out and payed someone who was only there for half a season really bothers me!!!”

"So they gave Ryan Tannehill a four year deal for this type of play and 30 million a year they should be asking Derrick Henry right now man how much u want it should start with at least half of that deal," he tweeted.

Ezekiel Elliott is the highest-paid running back in the NFL. He signed a six-year, $90 million contract with the Dallas Cowboys last year.