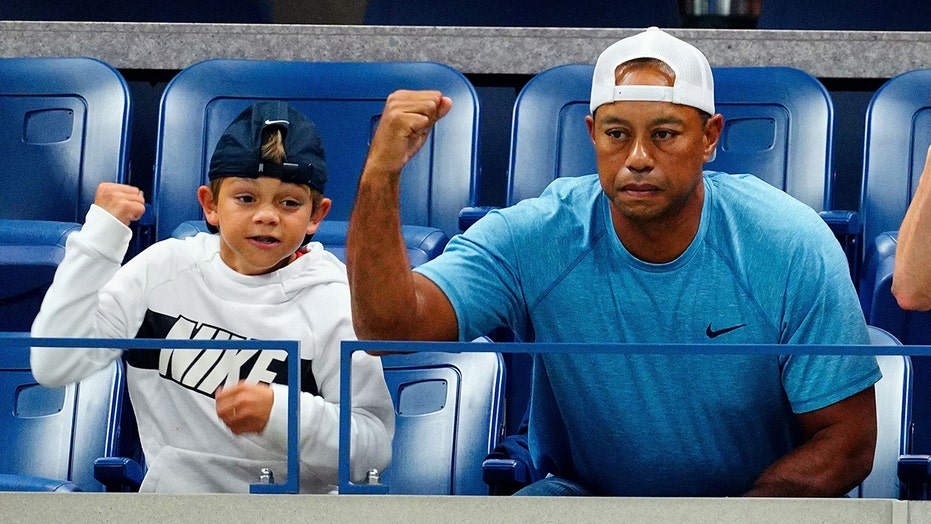 Tiger Woods’ son participated in a junior golf event in Florida on Saturday and video of the event appeared to show the child with a sweet swing — just like his father.

Charlie Woods is only 10 years old but his swing raised the eyebrows of golf fans as soon as it was posted on social media. Tiger Woods was caddying for his son during the event.

MICHELLE WIE EXPECTING HER FIRST CHILD — A GIRL — IN SUMMER

Charlie Woods didn’t win the nine-hole event, though, according to People.

Tiger Woods talked about how important it was for his kids, whom he shares with ex-wife Elin Nordgren, to see him play golf healthy instead of trying to battle through back pain.

“I think the kids are starting to understand how much this game means to me, and some of the things I’ve done in the game; prior to comeback, they only knew that gold caused me a lot of pain,” Woods said last year. “If I tried to swing a club I would be on the ground and I struggled for years, and that’s basically all they remember."

“Luckily, I’ve had the procedure where that’s no longer the case and I can do this again," he continued. "So, you know, we’re creating new memories for them, and it’s just very special.”

Woods won the Masters last year — his first major tournament victory in several years. He is set to make his 2020 debut at the Farmers Insurance Open on Jan. 23.