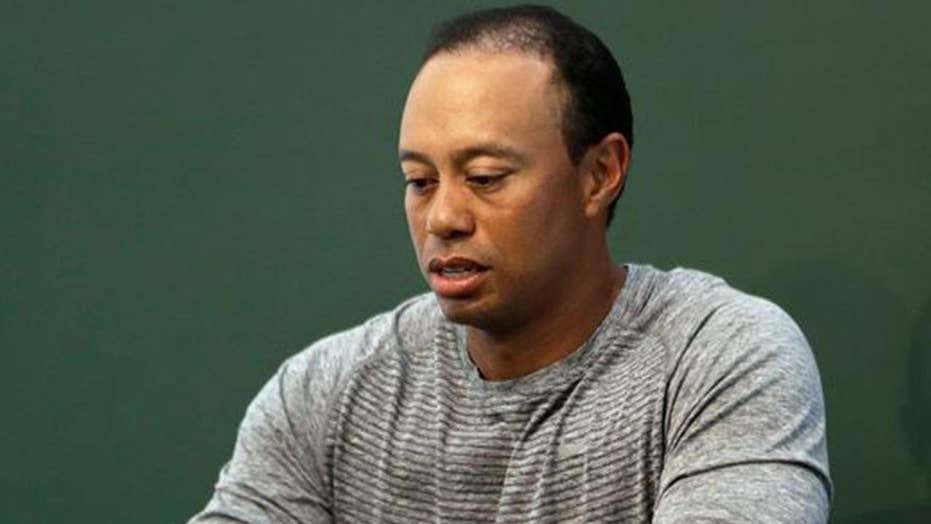 Superstar golfer will spend a year on probation and pay a $250 fine and court costs and must attend DUI school and perform 20 hours of community service.

Golf legend Tiger Woods pleaded guilty to reckless driving on Friday and could avoid jail time if he stays out of trouble for a year.

Woods arrived in a black SUV with his attorney and bodyguards, wearing a dark suit and white shirt. Under the county’s first-time DUI diversion program, Woods will be on probation for 12 months, pay $5,000 in fines, perform 50 hours of community service and attend a DUI class. If Woods abides by the requirements of the program stays out of trouble for a year, his DUI charges will be wiped from his record.

During his roadside sobriety test, Woods slurred, couldn’t walk a straight line, appeared very “out of it” and was taken to the station where he could barely keep his eyes open and struggled to blow into the breathalyzer.

On Wednesday night, Woods was in Los Angeles at the Dodger Stadium, enjoying game two of the World Series.

For the past four years, Palm Beach County has allowed first-time DUI offenders to enter a diversion program, instead of losing their driver’s license and face possible jail time.

The golf legend could have his DUI charges expunged if he stays out of trouble for a year and enters a DUI diversion program.

“Tiger Woods is being treated just like anyone would be treated here in Palm Beach County,” said former prosecutor Carissa Kranz, who said Tiger Woods’ celebrity status has no bearing on the case.

“Here in Palm Beach County, first-time DUI offenders have the option to knock it down to a reckless driving charge, knock it down to a reckless charge, enter a pre-trial diversion program, where they have probation, and if they complete the program successfully, adjudication can be withheld and they can actually have their record expunged. However if their record is expunged, and they get another DUI, that doesn't allow them to enter this pre-trial diversion again,” Kranz said.  “There is no celebrity privilege here.”

At the end of May at about 3 a.m., Palm Beach County Sheriff’s deputies pulled up alongside Woods, who was parked curiously on the side of the road, asleep.

During his roadside sobriety test, Woods slurred, couldn’t walk a straight line, appeared very “out of it” and was taken to the station where he could barely keep his eyes open and struggled to blow into the breathalyzer.

That test showed no alcohol in Woods’ system, 0.0. A toxicology test, instead, showed a bunch of prescription drugs, Vicadin, Xanax, Ambien, Dilaudid as well as THC, the active ingredient in marijuana.

Woods has had four back surgeries in the past three years, most recently fusion surgery in April.

After the arrest, Woods went to an out-of-state rehab center, which he’s tweeted helped him better manage his medications and dosages.

This week Woods tweeted out a new video, showing him hitting a “stinger”—a low, line drive, down the fairway.