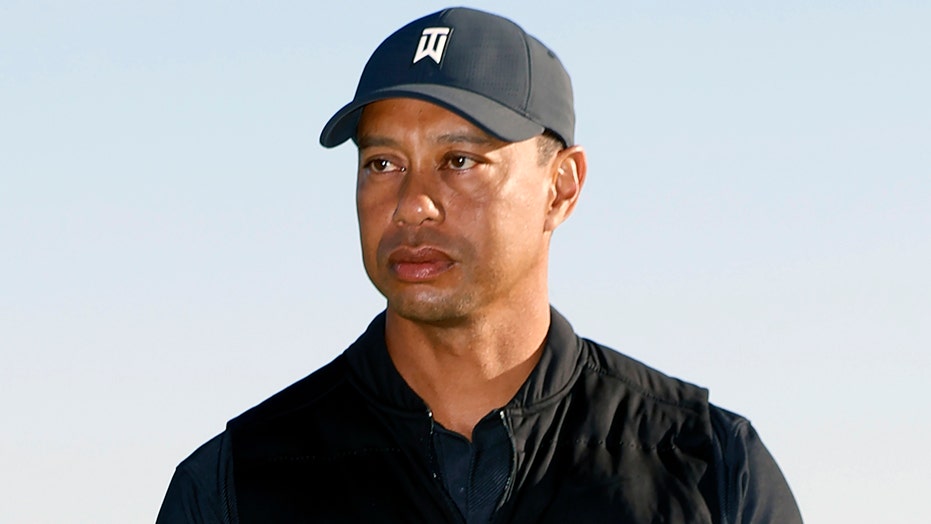 Tiger Woods was driving at an unsafe speed when he wrecked his vehicle in the Los Angeles area in February, authorities said Wednesday.

Woods was driving between 84 and 87 mph when he first made impact, Los Angeles County Sheriff Alex Villanueva said during a news conference. He was driving 75 mph when the vehicle hit a tree. The posted speed limit was 45 mph.

Authorities said there was no evidence of impairment when first responders arrived. Officials said Woods had no recollection of the wreck. Villanueva vigorously denied that authorities gave Woods special treatment in the case.

"I know there’s some saying somehow he received special or preferential treatment of some kind, that is absolutely false. There was no signs of impairment. Our primary concern at the scene of the collision was his safety. This is where you have to switch gears and make sure the person can survive and receives medical care," Villanueva said. 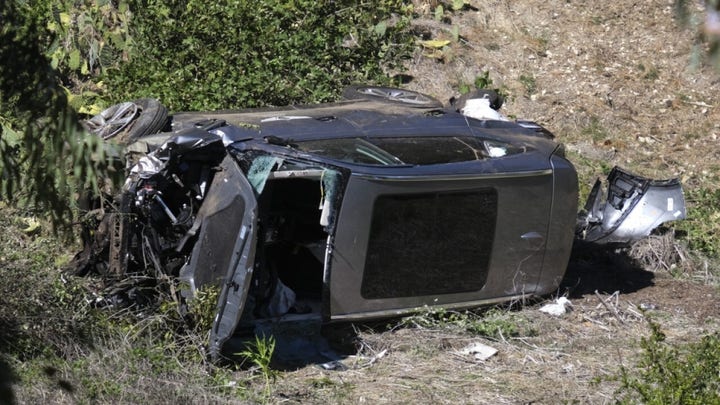 He said without signs of impairment, authorities cannot obtain a search warrant. He added that it wasn’t special treatment and the same rules would apply for anyone given the same type of circumstances.

The golfer gave permission to give the details of the crash. Villanueva had said last week that the details were going to remain private after announcing a determination of what caused the wreck.

The stretch of road where the crash occurred has been known for high speeds. There is an emergency exit for runaway vehicles just beyond where Woods crashed.

Detectives did not seek search warrants for Woods’ blood samples, which could have been screened for drugs or alcohol. Investigators had searched the SUV’s black box days after the crash.

Los Angeles Sheriff’s Capt. James C. Powers said the black box revealed that Woods’ acceleration pedal percentage, which is the pressure applied to the accelerator pedal at the time of the crash, was at 99% at all of the areas of impact in the collision.

A vehicle rests on its side after a rollover accident involving golfer Tiger Woods along a road in the Rancho Palos Verdes section of Los Angeles on Tuesday, Feb. 23, 2021. Woods suffered leg injuries in the one-car accident and was undergoing surgery, authorities and his manager said. (AP Photo/Ringo H.W. Chiu) (AP)

"There was no evidence of braking throughout this collision," Powers said. "It is speculated and believed that Tiger Woods inadvertently hit the accelerator instead of the brake pedal causing that 99% grading on the accelerator pedal."

There were no independent witnesses for the collision, Powers added.

Woods released a statement after the press conference was over. He said he was grateful to those who helped him the day of his crash. He added he would continue to focus on his recovery process.

Woods had been in the area on Feb. 23 to host his PGA tournament, the Genesis Invitational at Riviera Country Club. He was driving a Genesis SUV loaned to him by the tournament.

Woods said that he did not know how the crash happened, and he didn’t remember driving. When a witness first approached the scene of the crash, Woods was unconscious, but a sheriff's deputy said that Woods was in a state of shock and was able to answer simple questions.

Authorities have said there was no evidence Woods was under the influence of drugs or alcohol at the time of the wreck. He suffered significant leg injuries in the crash and was moved back to his home in Florida last month.