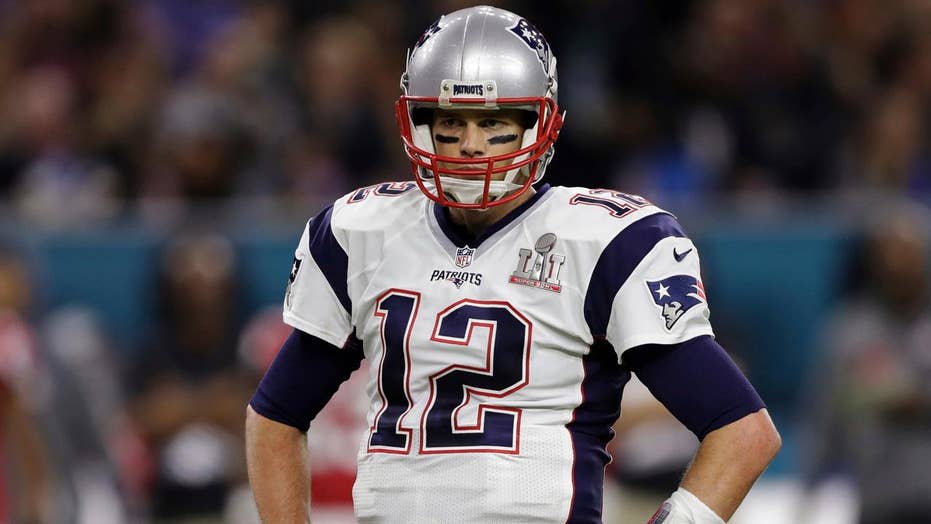 Somebody may have intercepted Tom Brady's jersey, and now Texas officials are calling in the Rangers.

Hey can someone give Tom Brady his jersey back? #SB51 (via @danhanzus) pic.twitter.com/cv99qUW4XY

"In Texas we place a very high value on hospitality and football," Patrick said in a statement. "Tom Brady's jersey has great historical value and is already being called 'the most valuable NFL collectible ever.' It will likely go into the Hall of Fame one day. It is important that history does not record that it was stolen in Texas."

Brady, celebrating his Patriots' historic Super Bowl 51 overtime win against the Atlanta Falcons, returned to the locker room at Houston's NRG Stadium during the hoopla Sunday night and noticed his No. 12 jersey wasn't where he left it.

BRADY, PATRIOTS RALLY FROM 25 DOWN TO SHOCK FALCONS

After searching through his bags without any luck, Brady told owner Robert Kraft that "someone stole my game jersey." Kraft told Brady: "You better look online." A camera captured a frustrated Brady in the locker room.

A team official initially told Fox 25 Boston an equipment manager locked up the jersey, but Brady told reporters Monday morning it was gone, and he had no idea where it was.

"I put it in my bag, and then I came out and it wasn't there anymore. So it's unfortunate, 'cause that's a nice piece of memorabilia," the quarterback said.

So did an equipment manager take it? A teammate? An angry Falcons fan? It's not clear.

While he walked to the team bus after the game, a USA Today reporter asked the quarterback if he had recovered the valuable jersey. Brady said he hadn't and added: "Yeah, it's going to be on eBay at some point."

If that winds up happening, the jersey could sell for big bucks: as much as $500,000, Goldin Auctions founder Ken Goldin told Bloomberg.

During Monday's news conference, he seemed to be at peace with this one particular loss that came with the Super Bowl win. "What can you do? I'll take the ring, and that's good enough for me."