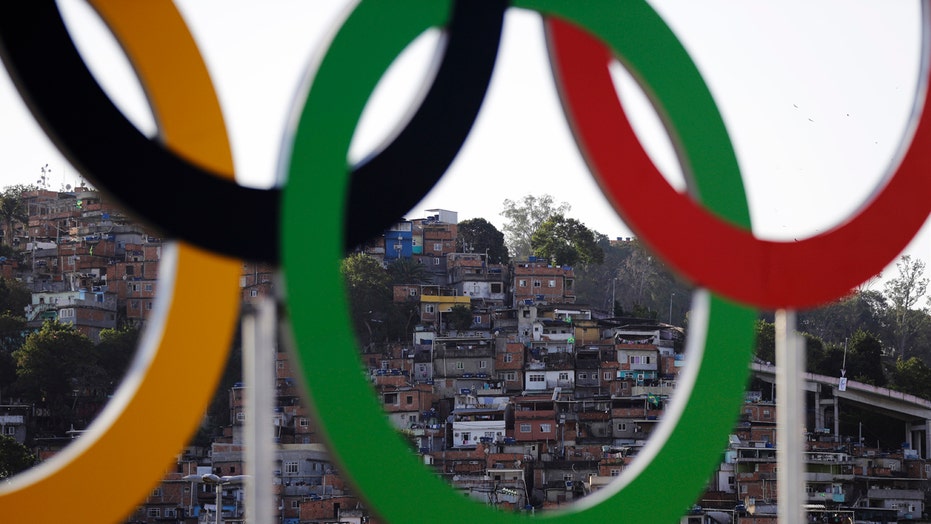 The Olympics are plagued by pollution, doping and security

The biggest hurdles for the athletes in Brazil may be outside of the games; Steve Harrigan reports for 'Special Report'

The International Olympic Committee on Thursday stripped 10 athletes of medals from the 2008 Olympics after banned substances were found during retests of samples from the games.

The IOC says the 10, nine of whom hail from former Soviet nations, had all tested positive for various steroids.

No gold medalists were among the 10, though there were three silver medalists from weightlifting and wrestling. Track and field was also hit, with Greek triple jumper Chrysopigi Devetzi and Ukrainian pole vaulter Denys Yurchenko losing their bronze medals. Yurchenko's ban could elevate Derek Miles of the United States to the bronze medal position.

Six athletes who did not win medals in 2008 were also disqualified.

There could be another U.S. medal for high jumper Chaunte Lowe, who originally finished sixth but is now in line to inherit bronze.

Among those disqualified Thursday were the athletes who had finished in the two places immediately above Lowe, Russia's Elena Slesarenko and Ukraine's Vita Palamar. The bronze medal position was vacated last month when the IOC said Russian Anna Chicherova had tested positive for the steroid turinabol.

The IOC ruling also casts a shadow over the career of Slesarenko, who was the gold medalist in 2004, though she will not be stripped of that title under Thursday's ruling.

Other athletes who stand to benefit include Canadian weightlifter Christine Girard, who could move up to the bronze position because of Nekrasova's disqualification, and Mariam Usman, who would become only the second Nigerian to win a weightlifting medal with bronze after Kazakhstan's Maria Grabovetskaya was disqualified from third.