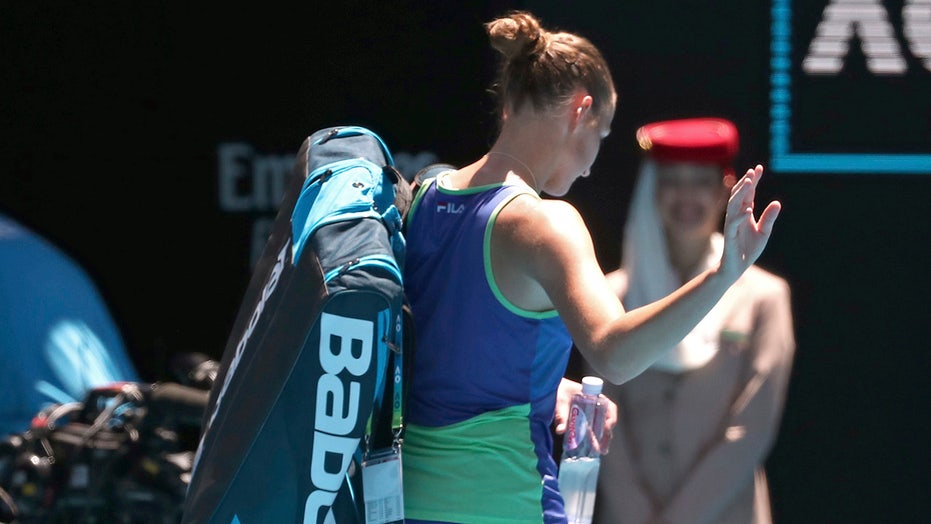 Karolina Pliskova can make a good case that she has the strongest resume of any active player not to win a Grand Slam singles title.

She's been the runner-up at the U.S. Open and a semifinalist at the French Open and Australian Open. She's currently ranked No. 2.

But her results at the majors have been lagging lately, failing to get past the fourth round in any of her most recent four appearances.

That includes a third-round exit Saturday at Melbourne Park with a 7-6 (4), 7-6 (3) loss to 30th-seeded Anastasia Pavlyuchenkova in Rod Laver Arena.

The obvious question for Pliskova is this: Why can't she take that next step at Slams?

One is that it's been hard for her to consistently come up with the goods as many times as it takes to get through the seven victories required to win a major championship. Smaller events take fewer wins.

“Of course it's more pressure here,” Pliskova said, “so I think everybody can feel it.”

Some more than others, apparently.

And then there was one: The 100th-ranked Tennys Sandgren is the only American man in the Australian Open's fourth round after two others exited the draw Saturday.

Isner was visited by a trainer, then told Wawrinka he needed to quit.

“I realized he was struggling a little bit” to push off on his forehand side, Wawrinka said.

No. 29 Taylor Fritz was beaten in four sets by No. 5 Dominic Thiem.

In third-round action Friday, Sandgren beat countryman Sam Querrey, and the fifth American to get that far, Tommy Paul, lost to Marton Fucsovics of Hungary.

Sandgren will try to reach the quarterfinals in Melbourne for the second time when he faces No. 12 Fabio Fognini of Italy on Sunday.

ALL I DO IS WIN

Given, though, that tennis is a sport where everyone loses except one player in each tournament, he added, “Of course, it's amazing that I win that many matches in a row.”

TOO MUCH TEAM TENNIS

Rafael Nadal is hardly a fan of the changes to the men's tennis schedule, including two team competitions — the Davis Cup Finals at the end of one year and the ATP Cup at the start of the next — in close proximity to each other.

“Two competitions, team competitions, in less than a month is not good for our sport,” Nadal said. “It's good for some players, of course, because they are able to get the higher prize money. But my feeling is we cannot look at the small picture. We have to look at the bigger picture.”