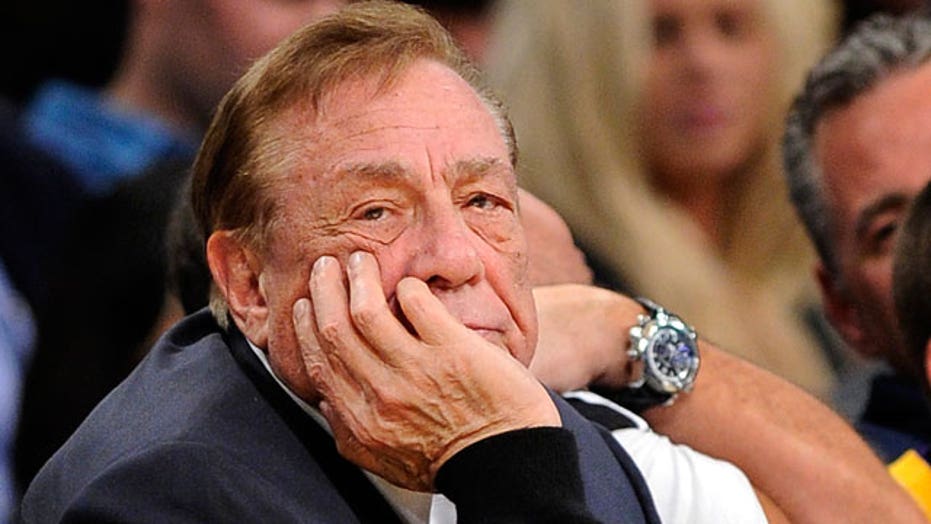 What legal action can the NBA take against Donald Sterling?

Sports Court: Does the NBA have a strong case against Donald Sterling? How does Sterling's wife fit into the legal equation?

The NBA charged Sterling with damaging the league and its marketing partners, and set a June 3 hearing for owners to vote on whether to force him to sell the franchise he has owned since 1981. NBA Commissioner Adam Silver has already banned the 80-year-old for life and fined him $2.5 million on April 29, but is seeking owners to force the sale despite possible obstacles.

"This is an unprecedented proceeding. Will there be bumps in the road? Presumably yes," Silver said. "Mr. Sterling, on one hand, at least in his CNN interview, indicated a willingness to accept the judgment of his owner partners. His lawyers are saying otherwise, so we'll see.”

In a release titled “Summary of Sterling Termination Charges,” which was posted online late Monday, the NBA claimed Sterling also lied to the league during its investigatory process and destroyed evidence associated to the probe. The document also alleges that Sterling’s discriminatory actions and positions have harmed the league and its teams, owners, players and employees.

Sterling disparaged blacks and other minorities in a way that will “significantly undermine” and call into question the NBA’s commitment to diversity, the NBA alleges.

To support its case, the league said Sterling's actions violated his duty to the other owners in four distinct ways -- three articles of the NBA constitution and a New York state law:

— Article 13(d) of the league constitution allows the league to seize a team if an owner "fails or refuses to fulfill its contractual obligations ... in such a way as to affect the Association or its Members adversely." Sterling, the league said, failed "to use best efforts to see to it that the sport of professional basketball is conducted according to the highest moral and ethical standards."

—Under New York Law, all teams of the NBA "owe each other a duty of loyalty to support the League in the attainment of its proper purposes, ... (including) the league's commitment to diversity and inclusion," the league said.

—Under Article 13(a) of the league constitution, ownership rights can be terminated if the owner "willfully" violates the constitution of the bylaws. The NBA claims Sterling did so by misleading investigators and the public while the league was looking into his comments.

—Under Article 13(c) of the league constitution, ownership can be terminated for a failure to pay dues or other debts to the league. Sterling's attorney has said he will not pay the $2.5 million fine that went with his lifetime ban though, according to the NBA constitution, he has 30 days to produce the money.

Sterling now has until Tuesday to respond and can appear at the hearing in New York. Three-quarters of the owners must agree to terminate Sterling’s ownership, as well as that of his estranged wife, Shelly.

Silver, meanwhile, has said he would prefer if Sterling chose to sell the team on his own accord.

“At least within the boundaries of my authority, I feel an obligation to protect the people who are within this league, and so that’s my reaction,” Silver said.