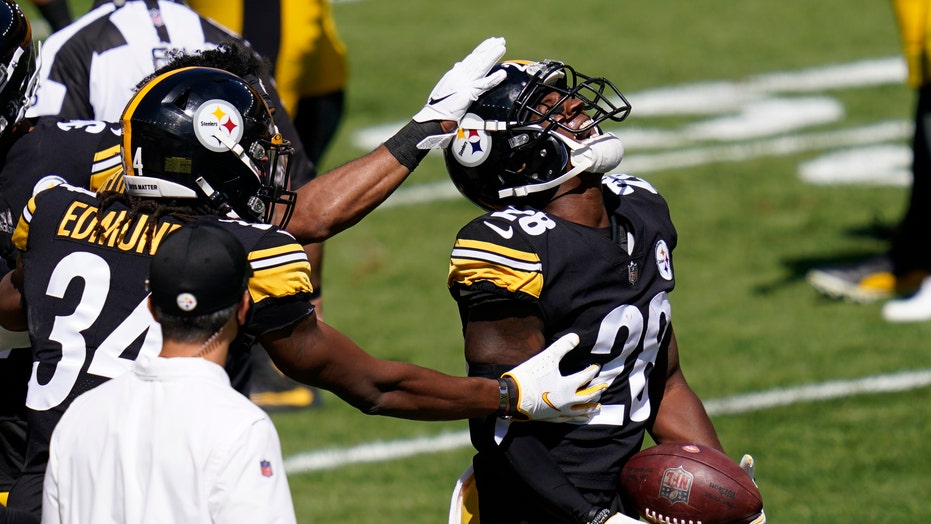 Ben Roethlisberger threw for 311 yards with two touchdowns and an interception and the Pittsburgh Steelers fended off a spirited comeback by the Denver Broncos 26-21 on Sunday.

The Steelers (2-0) knocked out Denver starting quarterback Drew Lock in the first quarter with a right shoulder injury. They didn't secure the win until safety Terrell Edmunds sacked Broncos backup Jeff Driskel on fourth-and-2 with less than two minutes to go.

Driskel completed 18 of 34 for 256 yards with two touchdowns and a pick, and absorbed a serious pounding at the hands of Pittsburgh's defense. The Steelers had seven sacks in all — six of them on Driskel — and were credited with 19 quarterback hits.

Still, Denver (0-2) had a chance when Driskel hit Noah Fant for a 22-yard gain that gave the Broncos a first down at the Pittsburgh 23. Three plays gained 8 yards. Facing a potentially staggering upset, the Steelers escaped when Edmunds raced in untouched to drop Driskel. A 59-yard sprint by Pittsburgh's James Conner allowed the Steelers to run out the clock.

Lock exited at the end of Denver's second drive and did not return after his right (throwing) shoulder was drilled into the turf by linebacker Bud Dupree. Driskel, who went winless in three starts last season before ceding the job to Lock, played valiantly despite spending much of the day on the run.

Steelers Pro Bowl outside linebacker T.J. Watt had 2 1/2 sacks and added three quarterback hits for a defense that looks every bit as aggressive as it did last season, when it led the NFL in sacks and turnovers forced.

Roethlisberger connected on 29 of 41 passes in his second game back from right elbow surgery, including a rainbow down the left sideline to rookie wide receiver Chase Claypool that turned into an 84-yard touchdown.

Still, Pittsburgh wasn't exactly sharp. The Steelers were flagged 10 times for 89 yards and turned it over twice.

The Steelers spent a portion of the week dealing with a self-inflicted public relations mess after putting the name of Antwon Rose Jr. — a Black Pittsburgh teenager shot in the back and killed by a white East Pittsburgh Police officer in 2018 — on the back of their helmets last week against the New York Giants. Left tackle Alejandro Villanueva called an audible and put the name of fallen U.S. soldier Alwyne Cashe on the back of his helmet instead. Villanueva opted to honor Cashe again on Sunday while center Maurkice Pouncey, a longtime police advocate, used the space to pay tribute to fallen officer Eric Kelly, who was killed in the line of duty in 2009.

Conner, who left a win over the Giants in Week 1 with a sprained left ankle, finished with 106 yards rushing and added 15 yards receiving on two receptions.

Broncos: host Tom Brady and the Buccaneers next Sunday. Brady went 7-6 against Denver while playing for the Patriots.

Steelers: welcome the Texans next Sunday in the first-ever “Watt Bowl.” The game will feature Steelers outside linebacker T.J. Watt and fullback Derek Watt facing older brother J.J. Watt, the standout defensive end for the Texans.