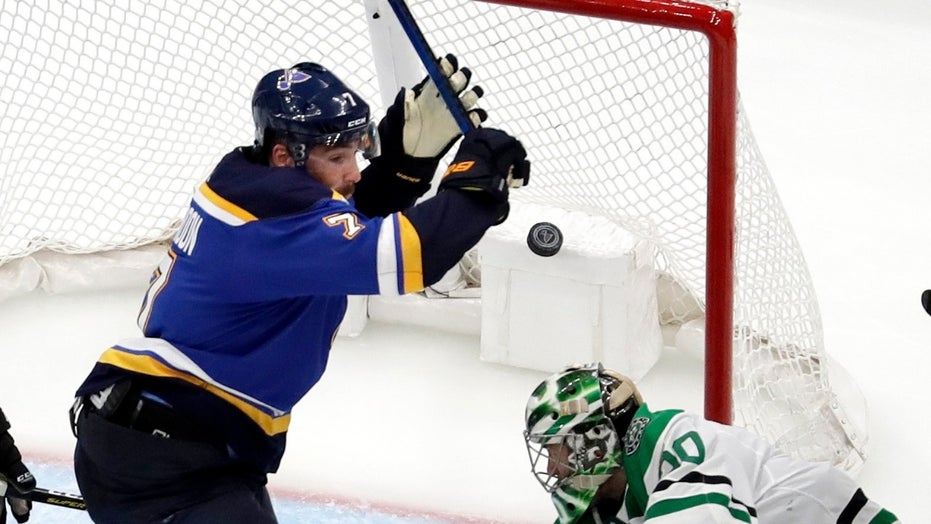 St. Louis Blues player Patrick Maroon’s son had an emotional reaction to his father’s game-winning goal, which allowed the team to advance to the Western Conference final.

Maroon, 31, a St. Louis native, lived his fantasy Tuesday night after he scored in the second overtime. It was his second game-winning goal of the series between the Blues and Dallas Stars.

Two years ago when Maroon was playing with the Edmonton Oilers, the athlete broke down in an interview after he talked about his son, Anthony, being there to see him score a goal. When he became a free agent last summer, Maroon decided to play with the Blues on a one-year deal in order to be closer to his family, CBS Sports reported.

A viral video captured Anthony crying after seeing his father score the winning goal. Following the game, Maroon’s son joined him in the locker room to celebrate.

“I can't even remember what happened,” Vangel said. “All I know is that I was sitting with Anthony, Patrick's son, and he started sobbing. And then I started crying.”

Anthony told reporters that he reacted to the goal after hearing the crowd scream.

“I heard everybody scream and Fran turned around,” he told reporters. “And she said: 'It’s your dad!'”

Next, the Blues will play either the San Jose Sharks or the Colorado Avalanche in the Western Conference final. The Sharks and Avalanche will play a Game 7 of their own on Wednesday.