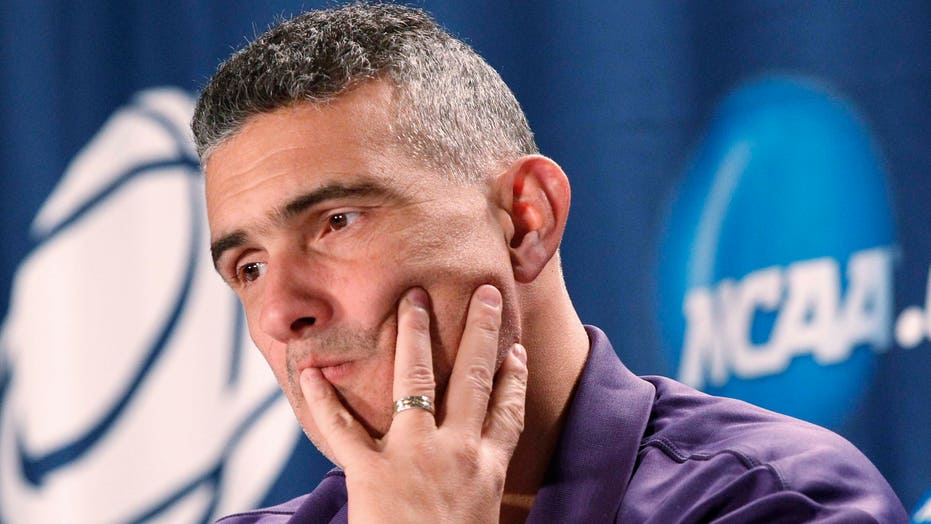 South Carolina became the latest school to receive an NCAA notice of allegations over the federal probe into college basketball.

Athletic director Ray Tanner said Thursday the school received the notice about a violation alleged to have been committed by former assistant coach Lamont Evans, who worked for coach Frank Martin for four seasons from 2012-13 to 2015-16.

The NCAA categorized the infraction as Level I, the most serious of its violations. The NCAA's letter said a panel of the Committee on Infractions should review what it called a “severe breach of conduct."

Evans, who moved on to Oklahoma State, was charged in September 2017 and admitted last year to accepting $22,000 in bribes as a college assistant to connect players with runner Christian Dawkins and others hoping to represent them after college.

Evans was sentenced this past June to three months in prison.

Dawkins was found guilty of bribery and conspiracy to commit bribery on May 8. He was sentenced to a year and a day on each count, the term to run concurrently.

Oklahoma State has also received an NCAA notice of allegations regarding Evans.

The NCAA alleged Evans accepted $5,856 of “supplemental pay in the form of bribes from Dawkins, who was a runner for ASM Sports in exchange for Evans' agreement to arrange meetings with then basketball student-athlete P.J. Dozier and his family and influence them to retain ASM Sports."

Dozier spent two seasons at South Carolina, including its run to the Final Four in 2017, before going pro.

Tanner said the allegations do not involve “any institutional, current coaching staff or former or current student-athlete eligibility issues."

Evans was one of four college assistant coaches who were arrested and charged by the federal government in 2017.

“We will continue to defend our program and institution in this process with the NCAA," Tanner said.