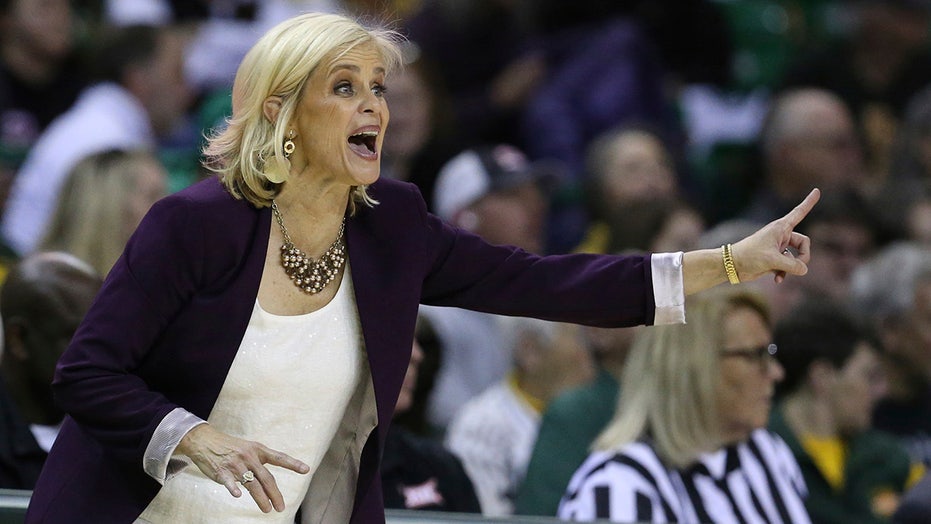 The Gamecocks received 22 first-place votes from a 30-member media panel Monday. The Lady Bears got six.

UConn moved up to third after previous No. 3 Stanford lost to Oregon by 32 points. The Ducks moved up to No. 4. Louisville was fifth, sandwiched between Oregon and Stanford. Louisville received the other two first-place votes.

Northwestern entered the Top 25 for the first time this season, coming in at No. 22. The Wildcats were last ranked for the first nine week of the 2015-16 season.

Joe McKeown's team has lost only to No. 11 DePaul and No. 19 Iowa. The longtime coach got his 700th career victory earlier this season.

“I think our kids are doing a great job and are really humble," McKeown said. “This is a fun team to watch and we have a lot of fan support. It helps getting some national recognition. For our program, I'm glad to see people taking notice.”

The Wildcats have a big week ahead, with Big Ten games at Michigan State and Maryland.

“Our league is so deep right now it's amazing," McKeown said. “You can't get ahead of yourself as you look at the next game and say let's go. It's my 12th year in the league and it's the deepest it's been."

Missouri State fell out of the poll after losing to Southern Illinois on Friday night.

MOVING UP: DePaul climbed three spots this week to No. 11, the Blue Demons' best ranking since the final poll of the 2011 season, when Doug Bruno's team was No. 10. DePaul hosts Villanova and Georgetown this week. The team's only loss came to UConn.

FALLING DOWN: West Virginia had a week to forget, with blowout losses to Oklahoma and No. 2 Baylor. The Mountaineers fell eight spots in the poll to No. 25. They will try to regroup against Oklahoma State on Wednesday.

GAME OF THE WEEK: For the first time in more than a decade, UConn and Tennessee will play each other. The two women's basketball powers will play the first of a home-and-home set in Hartford, Connecticut, on Thursday night. They last played in 2007.