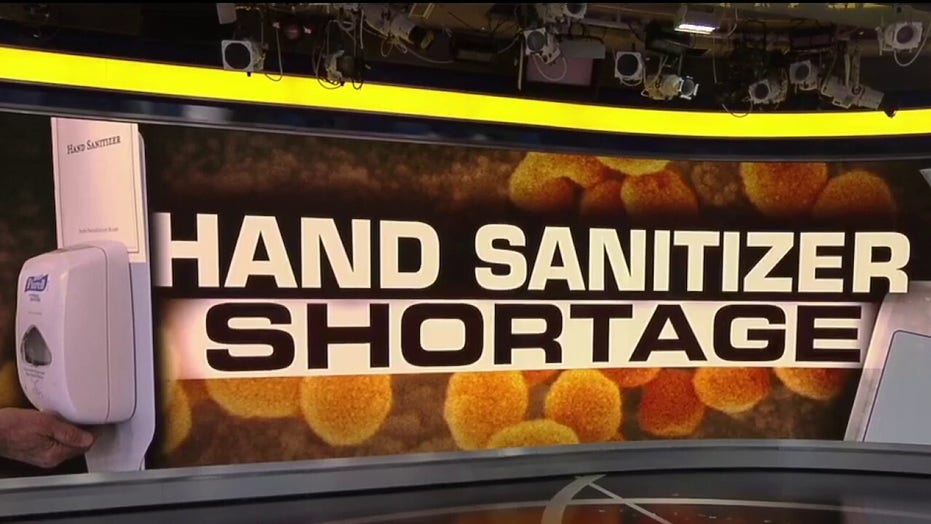 TouchFree Concepts CEO Brian Greenberg says he's never seen anything like it in his career.

Four months ago, Occidental Park, a couple of blocks north of CenturyLink Field, was crammed with thousands of Seattle Sounders fans clad in green and blue marching to the stadium. They sang, they set off smoke bombs and a few hours later celebrated the Sounders winning their second MLS Cup title.

On Saturday night the same march took place with many of the same fans wearing green and blue. Except instead of a few thousand, or even 1,000, there were just a couple hundred making the walk to the stadium.

Clearly, Seattle becoming the epicenter of the coronavirus outbreak in the United States made a dent in the first major sporting event in the city since the region saw a significant rise in the number of diagnosed cases and deaths.

The crowd of 33,080 that did show up for Seattle's 1-1 draw with Columbus would have been the envy of many other MLS markets. But for Seattle, it was noticeably different. It was the smallest crowd for an MLS regular-season match in Seattle since the club's inaugural season of 2009.

Still, club officials were thrilled with those who did show up. With the quick rise in the number of diagnosed coronavirus cases, Sounders officials said they followed the lead of public health authorities. When they were told the game could proceed as scheduled, the Sounders moved forward, but with little sense of how full the stadium would look.

A man makes use of a hand-sanitizing station at CenturyLink Field prior to an MLS soccer match between the Seattle Sounders and the Chicago Fire, Sunday, March 1, 2020, in Seattle. Major North American professional sports leagues are talking to health officials and informing teams about the coronavirus outbreak. (AP Photo/Ted S. Warren)

“It was an extraordinary week. It was hardly anything but normal,” said Sounders president of business operations Peter Tomozawa. “We spent an incredible amount of time thinking through all the issues of hosting a game, all the permutations and combinations of what could happen, what might happen. Really we had one thought, public safety is our number one priority. Full stop.”

Tomozawa and Seattle's front office was in extensive communications with MLS, other teams around the league and most importantly public health officials in the Seattle area and Washington state to determine the best course of action.

But they also tried to be proactive. Tomozawa said several weeks ago the club put together an internal task force after the coronavirus first surfaced in China and started to gather information in the possible eventuality it became an issue that impacted the team.

Even with the work the Sounders did in advance, not all fans felt comfortable showing up. Sections of blue seats normally filled with singing, chanting fans were left vacant. Health officials in Seattle earlier in the week had not recommended rescheduling sporting events, but it was clear a large chunk of Sounders fans were not taking a chance.

It was a stark contrast from last Sunday, before the number of confirmed cases climbed, when more than 40,000 showed up for Seattle's season opener against Chicago to celebrate the MLS Cup title won last November.

But the whole week was different for all sports teams in the area, who answered as many questions about their preventative measures regarding the coronavirus as anything happening on the field or court.

“As a guy from this city, I think we've handled the response fairly well,” Seattle coach Brian Schmetzer said. “There's been no panic. It's on every news cycle, every platform and we didn't overreact. It is serious and I thought our preparation was almost like a normal week.”

Earlier on Saturday, officials in Washington state raised the death toll from the coronavirus to 16. The Washington state Department of Health announced the two additional deaths and said the number of people diagnosed with the virus has risen to 102. At least 10 of those who died had been linked to a nursing home in the Seattle area.

The Sounders match was the culmination of an odd week for the local teams. Seattle University's men's and women's basketball teams both had games canceled. Seattle's men were scheduled to host Chicago State and Missouri-Kansas City, but both schools announced they would not travel to Seattle for games.

Washington men's and women's basketball teams both competed away from home. The Seattle Mariners continued spring training in Arizona with rising concerns about whether they should play their opening homestand beginning March 26.

While there were a couple of cancellations, most events went off without delay or restrictions. The Washington Interscholastic Activities Association held boys and girls state basketball tournaments all week in three locations around the state.

Elliott Feldman was one of the Sounders fans who didn't change plans and showed up on Saturday night. The 36-year-old physical therapist knew it was going to be a different type of night when he was able to unexpectedly find parking across the street from the restaurant where he had dinner with his wife before the match.

Feldman said concerns about the outbreak were in the back of his mind.

“Should I go? Should I not go?” Feldman said. “And with all the communications it sort of makes it seem like I shouldn't. But in all likelihood it's probably not as prevalent.”

Ellie Somers, Feldman's wife, said she was surprised even as late as Saturday morning that the match was still on considering how many other events in the area had been postponed, and with the University of Washington and Seattle University going to online classes for the near future.

“Personally, I'm not very worried,” Somers said about the outbreak. “And I'm doing my best to protect others by washing my hands. ... I want to live life normally.”

The Sounders decided to move forward with the match on Thursday after receiving the blessing of regional public health authorities.

The team said it had also worked with First & Goal Inc., the operator of CenturyLink Field, to expand sanitation procedures and increase hand sanitizer stations throughout the venue. The team said it was also aware of a part-time stadium employee who worked a Seattle Dragons game on Feb. 22 and later tested positive for coronavirus. Health officials determined the risk from that employee was low.

“When ultimately no recommendation came to cancel the game, we wanted to put on as good an event as we could,” Seattle general manager Garth Lagerwey said.