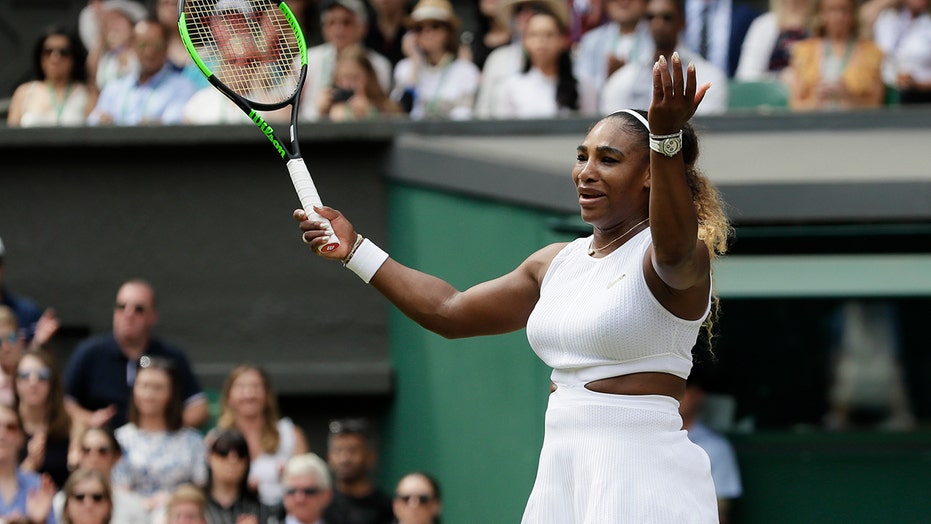 Serena Williams has not won a Grand Slam tournament since 2017 and, after her latest Wimbledon loss to Simona Halep, she was questioned about how much she focused on tennis.

Williams’ bid for a record-tying 24th major win came up short Saturday when Halep defeated her, 6-2, 6-2, in under an hour at the All England Club. During her press conference after the match, Williams was asked about critics who say she should “stop fighting for equality” and focus more on her game.

“The day I stop fighting for equality and for people that look like you and me will be the day I’m in my grave,” she said.

The reporter cited comments made by legendary tennis player Billie Jean King in an interview with Metro late last month, according to Bleacher Report.

“She's got business, a baby, she's trying to help gender equity, particularly for women of color, she's actually on the Billie Jean King leadership initiative, she and Venus are both advisors for it,” King told the newspaper. “[It makes winning a Slam] much harder. I would like to see her put everything else aside from that. She's got people working on these things.”

“I would never ask anyone to stop fighting for equality,” she wrote. “In everything she does, Serena shines a light on what all of us must fight for in order to achieve equality for all.”

Williams has one more shot at tying the record this season at the U.S. Open in August. There will be plenty of noise surrounding her going into the tournament. Williams famously had a meltdown at tennis officials during a final against Naomi Osaka, with the controversy overshadowing Osaka’s first major win.

Williams recently penned an essay revealing she apologized to Osaka for the outburst.