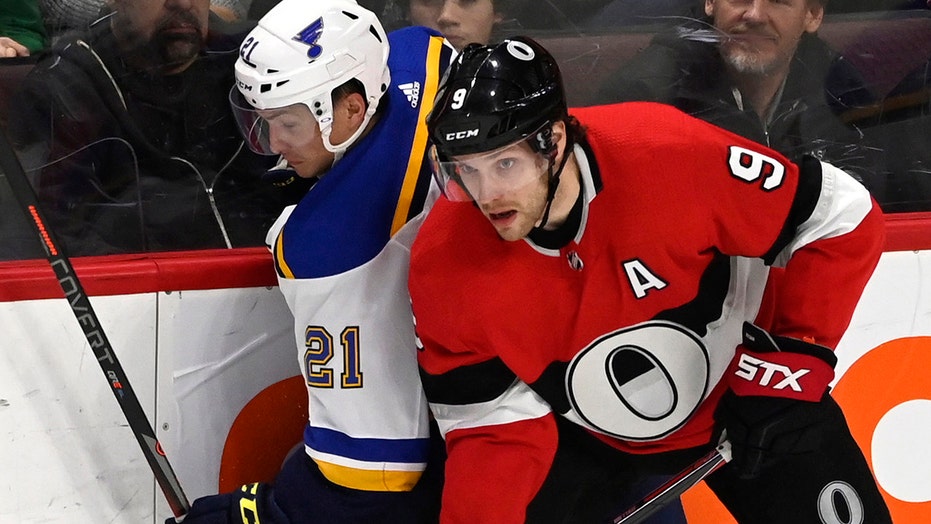 The 33-year-old Ryan missed more than two months after entering the NHL/NHLPA players assistance program on Nov. 20. Upon his return to practice in February, he pledged to share his story publicly in hopes of inspiring others facing similar challenges.

The Masterton award is voted upon by members of the Professional Hockey Writers Association and presented to the player who best exemplifies the qualities of perseverance, sportsmanship and dedication to hockey. It’s name after former Minnesota North Stars player who died on Jan. 15, 1968, as a result of an on-ice injury.

Lindblom returned for the playoffs after being diagnosed with rare type of bone cancer in December. Johns returned this season after missing 22 months due to post-traumatic headaches.

Ryan wished Lindblom and Johns good health and long careers in accepting the award, and calling his battle “the hardest thing I’ve had to do in my life.”

Ryan also thanked the Ottawa Senators for allowing him to leave the team to seek treatment, the National Hockey League Players’ Association, and his family.

Ryan attempted to deal with the alcohol problem on his own before realizing he needed more help.

“I told my wife five years ago, because of her, I could feel myself and see myself become the man that I wanted to be,” Ryan said. “I took a detour, but I’m back and I’m trying to get better every day.”

He scored a hat trick in his first game back, and received several standing ovations during a 5-2 home win against Vancouver on Feb. 27. He's a 13-year NHL veteran, and completed his seventh season in Ottawa, after opening his career in Anaheim.

“If anybody out there is need of answers or in need of a conversation, find a way to reach out to somebody who’s close to you that can give you that guidance and that conversation to get you started,” Ryan said. “Because every day gets a little bit better and a little bit easier to live.”