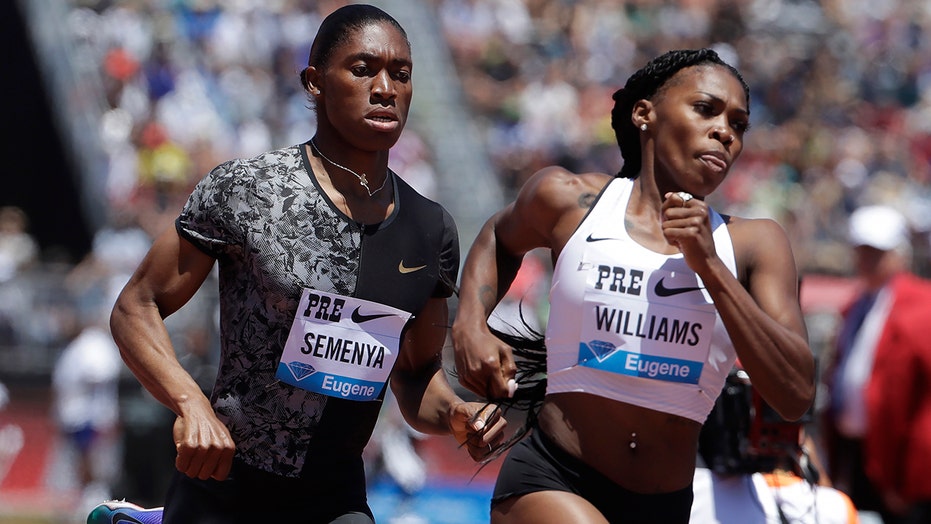 Caster Semenya won't defend her title in the 800 meters at the world championships this fall after a Swiss court overturned a temporary ruling that allowed her to compete in international events without taking testosterone-suppressing drugs.

Semenya is locked in a court battle with the IAAF, track and field's governing body, over rules that require her to take the drugs to counter her naturally high testosterone levels. On Tuesday, a judge from the Swiss Federal Supreme Court reversed a June ruling that had temporarily thrown out the IAAF regulations upheld by the Court of Arbitration for Sport while her appeal is pending.

Semenya, a 28-year-old from South Africa, was legally classified as female at birth and has identified as female her whole life. She was born with the typical male XY chromosome pattern and a condition that results in male and female biological characteristics and testosterone higher than the typical female range. The IAAF has argued that athletes with her condition are "biologically male," an assertion that Semenya calls "deeply hurtful."

"I am very disappointed to be kept from defending my hard-earned title, but this will not deter me from continuing my fight for the human rights of all of the female athletes concerned," Semenya said in a statement.

She is a two-time Olympic champion in the 800, including in 2012 when she was taking hormone suppressants, which she said had side effects including weight gain, nausea, fevers and abdominal pain. Tuesday's ruling means she cannot compete in events ranging from the 400 to the mile. The world championships are Sept. 28-Oct. 6 in Doha, Qatar.

Semenya has pledged not to take drugs to lower her testosterone again and said she could drop down to sprints or scale up to longer distances if she can no longer compete in the 800, her signature event.

In April, the CAS upheld IAAF's regulations governing athletes with Semenya's condition, known as "difference of sex development." Semenya appealed to the Swiss federal court, which has limited power to review the CAS decision.

The court found that Semenya's appeal "does not appear with high probability to be well founded," in part because the court is bound by the CAS finding that Semenya's condition "has a direct impact on performance in sport, which could never be achieved by other women."

Dorothee Schramm, the lawyer leading Caster's appeal, said Tuesday's decision was a setback but not a defeat.

"The judge's procedural decision has no impact on the appeal itself. We will continue to pursue Caster's appeal and fight for her fundamental human rights," Schramm said. "A race is always decided at the finish line."