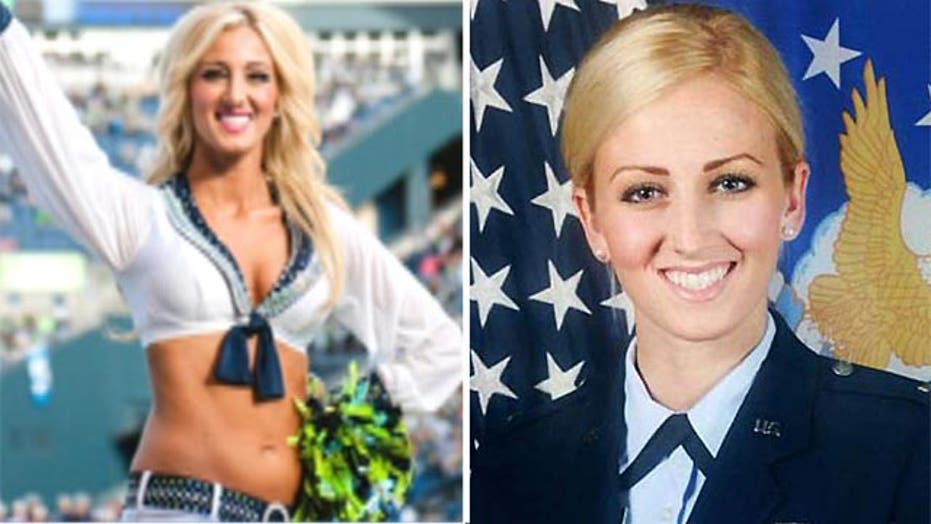 When the Seattle Seahawks take the field against the Denver Broncos in the Super Bowl Sunday they will be cheered on by someone who is no stranger to battle. One of their cheerleaders, 25-year-old Alicia Quaco, serves as a first lieutenant in the U.S. Air Force as her day job.

The New York Post reports Quaco puts in long hours as a contract manager for the Air Force before heading to practice at night as a rookie “Sea Girl.”

“It’s a lot of costume changes. I don’t get to wear normal clothes very often. And I have hardly any free time,” Quaco told the Post.

Quaco tells the paper she had to get approval from her military bosses before she could try out for the squad, and gave them a formal presentation to convince them it was a good idea.

“I told them it’s good for recruitment. It shows that the Air Force is well-rounded, that we can do other things, too. It’s great for women recruits to know that,” Quaco said. “Ultimately, they ended up agreeing.”

Quaco graduated from the U.S. Air Force Academy in 2010, where she also was a cheerleader. She says some of the skills she has developed as a member of the military have also helped her in cheerleading.

“[In both jobs], there is a lot of standing in lines and doing the same thing as the person next you, working in unison as a team,” Quaco told the Post.

Quaco said she has found there is a sense of responsibility that comes with being a member of both of the teams she is a part of.

“In uniform, you’re expected to act a certain way. People are always watching,” she told the Post.