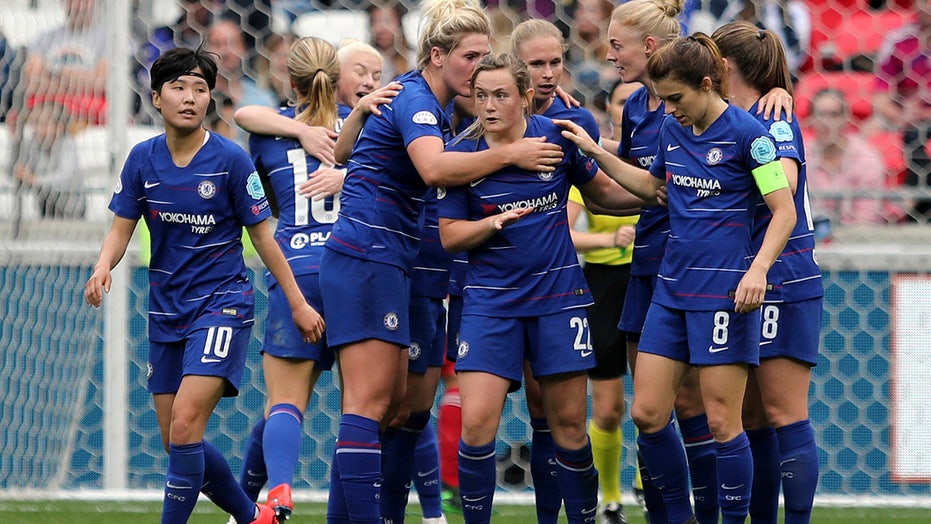 Runners-up when the season was paused, champions without playing again. It's little surprise Chelsea was fine with the Women’s Super League season being curtailed.

But determining the final standings on a points-per-game ratio, rather than on the field — due to the coronavirus pandemic — has raised questions about the commitment to the women's game in England. While the WSL was abandoned, the men’s Premier League will restart on June 17 after a 100-day suspension.

“Just because it didn’t resume doesn’t mean we’re under threat or at risk,” Chelsea manager Emma Hayes said Saturday. “I trust in the people running the league and I believe we’ll come back bigger, stronger and better from this.”

When the Blues last played — before the international break and the coronavirus shutdown — they were a point behind leader Manchester City but with a game in hand.

“They tried desperately to resume the season,” Hayes said. “Everybody has to appreciate the players too. I think it got to a period where they wanted a termination in the season and then safeguard and ring-fence everything that we worked hard towards in the women’s game — to start in a timely and safe manner for the upcoming season.”

Liverpool was pressing to finish this season after being denied the chance to climb out of last place and was relegated on a mathematical formula.

“Unfortunately we did not get the opportunity to fight for that place on the grass and it’s a difficult pill to swallow,” Liverpool manager Vicky Jepson said. “I’m very disappointed in the FA’s decision, taken with eight games of our season left.”

Liverpool is, however, on the verge of winning the Premier League. The world’s richest football league receives more than 3 billion pounds ($3.8 billion) each year from broadcasters, providing the funding for the mass COVID-19 testing now required each week to ensure players and coaches are not infected and spreading the disease. The government is also mandating strict hygiene conditions around training and games, which proved prohibitive for the WSL.

“There were a whole range of challenges — it wasn’t just as simple as tagging onto the Premier League," said Kelly Simmons, the Football Association’s director of professional women’s football. “It became clear quite early once we started to assess those protocols that there were going to be a number of challenges, not just the costs of testing.

"We also spoke to the captains of all the clubs as well, and they had concerns about coming back. So when we looked at it, it was an almost unanimous decision from the clubs to terminate the season.”

The top women’s league in Germany did manage to resume on May 29, with leading men’s clubs chipping in with cash to fund testing and other coronavirus-related costs in the Frauen-Bundesliga.

The WSL — run at a loss by the not-for-profit Football Association — was in its second season as Europe’s only fully professional women’s league. It is yet to make money from domestic broadcasters, with television companies instead funding the production costs.

The Football Association is having to cut its annual budget by 75 million pounds to offset a potential deficit of 300 million pounds over the next four years due to the pandemic, which has seen the cancellation of not only football events at Wembley Stadium. Games that still go ahead at the national stadium — like the rescheduled Aug. 1 men’s FA Cup final — will be closed to fans.

But the FA has ring-fenced the women’s game from cuts, ensuring 7 million pounds a year will still be spent on the WSL and second-tier Championship. COVID-19 testing is likely to be required for the players to resume training in July.

Before the pandemic halted sport in England, the FA had seen WSL attendances up 174% since 2016 as larger stadiums usually used for men’s teams staged matches, and the women's game was boosted by England reaching back-to-back Women's World Cup semifinals.

The season began with 24,564 at Stamford Bridge in September to see Hayes' Chelsea beat Tottenham in a London derby. A WSL record crowd of 38,262 then saw Tottenham play Arsenal in November.

The FA has also managed to start selling the rights to WSL games to overseas broadcasters, including Optus in Australia after Chelsea signed striker Sam Kerr.

To grow participation in women’s football, the FA has been running a “Gameplan for Growth” since 2017. The FA said 3.4 million women and girls are now playing football and the number of affiliated teams has risen by more than 50% in four years to 9,251.

More women are also becoming coaches, with 5,180 added in three years, and the number holding a UEFA “A license” has doubled to 82. There has also been a 72% rise in female referees in four years to 2,146.

“We’re in a great, great place,” Simmons said. “If we just keep every time benchmarking it to the Premier League, which is a global, multibillion, highly established league, and comparing it, it feels sometimes unfair.

“And it feels like we’re knocking the women’s game that we love and want to desperately promote and sell and raise the profile of.”